The only thing you do know is that Carter Blake is a skilled professional who provides a straightforward service: for a price, he'll find people who don't want to be found.

He has three simple rules. One: half the money up front, half on delivery. Two: he does things his way, and you can take it or leave it. Three: he works alone.

You can get the Carter Blake series in print, ebook and audio from all good bookshops - go here for a complete list of buy links, or simply click on the cover image to go to the Amazon listing in your country.

You can read an exclusive extract of The Killing Season for free right here. 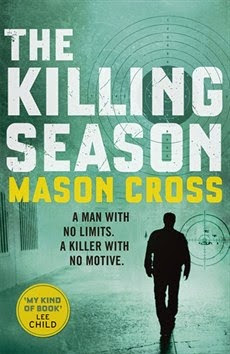 When ex-Marine Corps Scout Sniper and infamous serial killer Caleb Wardell breaks out from Death Row, logic suggests he will go to ground. But Wardell has never been one to follow rules. He starts to cut a bloody swathe across America, picking up where he left off five years ago.

The FBI are ordered to capture Wardell by any means necessary. With election day approaching, and hunting a skilled serial killer trained in the arts of evasion, they are forced to call in secretive manhunter, Carter Blake – a man with certain specialised talents and a shadowy past. A past that involves Caleb Wardell…

But when the manhunt quickly spirals out of control amidst a media and public frenzy, Blake finds himself sidelined from the case. Aided only by Special Agent Elaine Banner, and racked by guilt, Carter knows that he must use all of his expertise if he is to track down the psychopathic killer before it is too late…

"One of the most interesting 'loner' heroes to have arrived in recent years...Told with pace and vigour by a writer who seems to have a natural aptitude for thrillers, it is not to be missed." - Daily Mail


Buy The Killing Season in all formats here 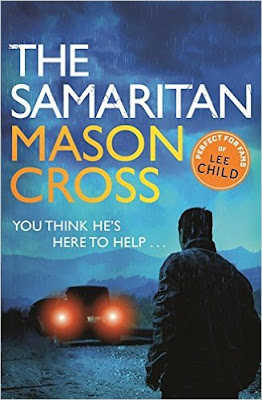 
You think he's here to help... you're wrong

When the mutilated body of a young woman is discovered in the Santa Monica Mountains, LAPD Detective Jessica Allen knows this isn't the work of a first-time killer.

She's seen this MO before - two and a half years ago on the other side of the country. Allen begins to dig deeper and soon uncovers a terrifying truth. A sadistic serial killer has been operating undetected for the past decade, preying on lone female drivers who have broken down. The press dub the killer 'the Samaritan', but with no leads and a killer who leaves no traces, the police investigation quickly grinds to a halt.

That's when Carter Blake shows up to volunteer his services. He's a skilled manhunter with an uncanny ability to predict the Samaritan's next moves. At first, Allen and her colleagues are suspicious. After all, their new ally shares some uncomfortable similarities to the man they're tracking.

But as the Samaritan takes his slaughter to the next level, Blake is forced to reveal that the similarities between the two men are closer than even Allen suspects. With time running out and an opponent who knows all of his tricks, Blake must find a way to stop the Samaritan ...even if it means bringing his own past crashing down on top of him.

Buy The Samaritan in all formats here 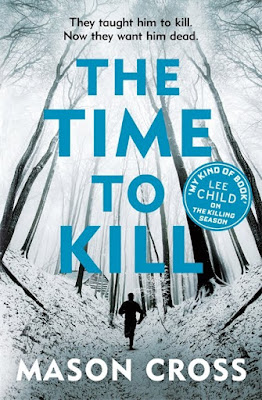 The Time to Kill (Winterlong in the USA)


He was one of them. Now they want him dead.

It’s been five years since Carter Blake parted ways with top-secret government operation Winterlong. They brokered a deal at the time: he’d keep quiet about
what they were doing, and in return he’d be left alone. But news that one of Blake’s old allies, a man who agreed the same deal, is dead means only one thing – something has changed and Winterlong is coming for him.

Emma Faraday, newly appointed head of the secret unit, is determined to tie up loose ends. And Blake is a very loose end. He’s been evading them for years, but finally they’ve picked up his trace. Blake may be the best there is at tracking down people who don’t want to be found, but Winterlong taught him everything he knows. If there’s anyone who can find him – and kill him – it’s them. It’s time for Carter Blake to up his game.


Buy The Time to Kill in all formats here 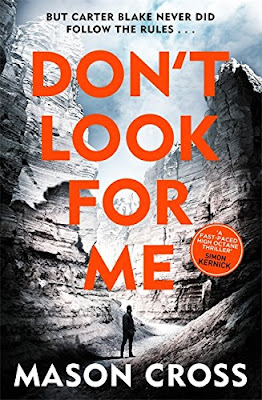 Buy Don't Look For Me in all formats here 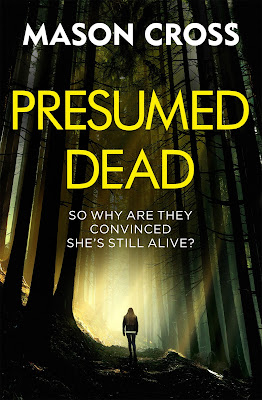 'What do you know about the Devil Mountain Killer?'

Adeline Connor was the Devil Mountain Killer's final victim. After she was gunned down, the murderer disappeared and the killing spree ended.

Carter Blake has been hired to do what he does best: to find someone. But this time he's hunting a dead girl - Adeline Connor's brother is convinced she's still alive.

But this town doesn't want an outsider digging up old business. And as Blake gets deeper into the case, it starts to become clear that the murders didn't ju st stop fifteen years ago.

The killer is on the hunt again.


"Mason Cross is a thriller writer for the future who produces the kind of fast-paced, high octane thrillers that I love to read."  - Simon Kernick