The Problems of Being a Writer 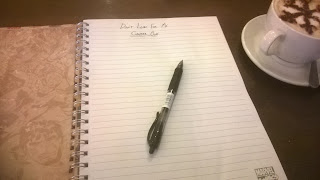 To paraphrase Ray Liotta as Henry Hill in Goodfellas, as far back as I can remember, I always wanted to be a writer.

That’s why I’m always surprised when people ask me when I decided I wanted to write for a living. It’s like asking when I decided I was right-handed, or liked cheese, or that The Empire Strikes Back is the best Star Wars movie. I just don’t recall a time where these things weren’t part of me. The upside of that was that, unlike a lot of people, I always knew what my dream job was. The downside, as I was frequently reminded, was that it was statistically unlikely I would achieve my ambition.

I always knew I would eventually write a novel. The hard part was actually knuckling down and writing the damn thing. I was under no illusions that it’s tough to get published, but I knew that writing a book was definitely something I wanted do at some point. If it ended up sitting in the bottom of a drawer for the rest of my life, so be it, at least I would have achieved something.

So I was delighted when I not only completed a novel – The Killing Season – but was signed up by a major publisher. Even better: they wanted more books, so the second, The Samaritan, was published in 2015, and the third, The Time to Kill (Winterlong in the USA), is out now.

Another question I often get: how does the reality compare to the fantasy?

The single biggest surprise for me about becoming a published author is the fact that, against all odds, it’s even better than I’d dared to hope. I had been braced for some level of disappointment, having my illusions shattered, all the usual stuff, but so far it hasn’t happened.

What’s the biggest buzz? No contest: it has to be walking into a bookshop or library and seeing a real-live book that I wrote on the shelves alongside so many of my literary heroes.

Other cool experiences: meeting fellow crime writers and finding them to be a thoroughly nice bunch. Working with skilled editors and proof-readers and designers and marketing people to make sure the book is as great as it possibly can be when it hits the shelves. Lovely reviews from readers, bloggers and national newspapers. Seeing a new cover design for the first time. Doing interviews. Meeting readers who love the books and are desperate to know what happens next. 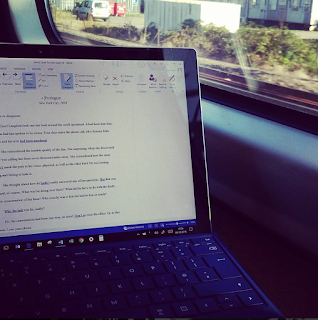 The downsides? They do exist, but they pretty much all fall into the category of First World Problems. I don’t have time to say yes to everything I want to do, for example. There are a few projects I would love to start that I haven’t been able to fit in around writing the books, working a day job, being a parent, and occasionally sleeping. The biggest single downside has been the realisation that you never really get to the point where a book is perfect, you just stop editing it.

But whenever things threaten to get on top of me, I take a step back and remember: these are all incredibly good problems to have. Because I’m doing what I always wanted to do, from as far back as I can remember. 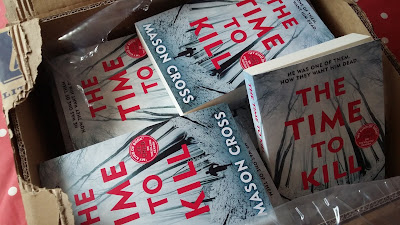 Email ThisBlogThis!Share to TwitterShare to FacebookShare to Pinterest
Labels: writing

If you've been wondering why I have two books coming out in the space of six months, the answer is I don't. Unfortunately, I'm just not that fast. The Time to Kill and Winterlong are in fact the same novel.

While it's not the first time one of my books has different titles in different territories... 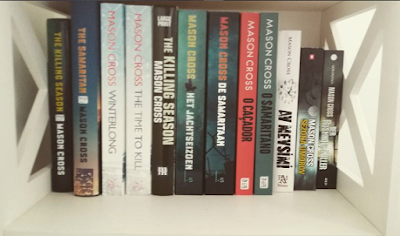 ...it is the first time it's happened between English language editions.

What I really want to avoid is people accidentally buying the book twice, because cover and title aside, they are exactly the same book. Of course, if you're fully aware of that, I have no objection to anyone buying these or indeed any of my books twice. 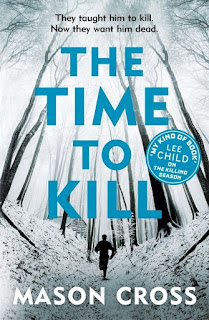 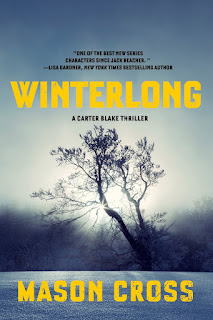 So in the UK, the third Carter Blake novel is titled The Time to Kill. It's available right now in trade paperback and ebook, and will be published by Orion in mass market paperback on February 9 2017 - you can preorder on Amazon now with the price guarantee.

Over in the USA, my publisher Pegasus loved the original title and have decided to stick with it, so Winterlong will be hitting the shelves on February 7 2017 - again, you can preorder the hardcover edition right now.

The other news is I'm aiming to be in New York City for US publication day, and I'm going to try to get around some American bookstores for the first time. Stay tuned for more details...
Posted by Mason Cross at 11:11 No comments:

It's always nice to see new editions of the books, but I stumbled across the American large print covers on Amazon recently. I hadn't seen either of these, and they're both absolutely beautiful.

I also love the way American covers always point out it's A NOVEL just in case you're confused. 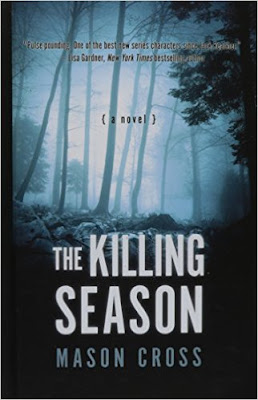 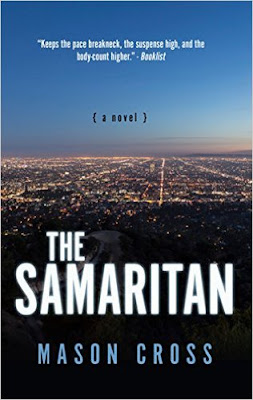