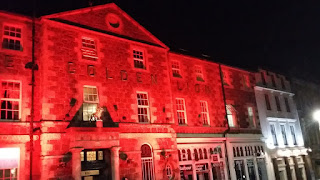 I'm going to be appearing at a couple of festivals later this summer; one old, one new and I can't wait.

First up, Bute Noir, now in its second year, and running 4th - 6th August. I'll be appearing on two panels: Americana with Steve Cavanagh and SJI Holliday, and State of Emergency with Steph Broadbribb. Apart from that, I'll be hanging around all weekend and checking out some of the other great events with Alex Gray, Denise Mina, Craig Robertson, Luca Veste, Caro Ramsay and many more.

The lineup is excellent and ticket prices are a steal - check out the Bute Noir website for more.

After a signing at Waterstones Oban on Saturday 19 August, I'm delighted to be appearing at Bloody Scotland for my fourth year running, this time with US bestseller Chris Carter. Our panel is called From Tinseltown to Sin City, it's on Saturday 9 September, and you can book tickets here.

As always, Bloody Scotland has a fantastic lineup including Ian Rankin, Simon Kernick, Lynda LaPlante, Val McDermid and Denise Mina, so if you're thinking about going, you definitely shouldn't hesitate - download the full brochure here.

I'll also be at Harrogate in July, details to follow of what should be a very fun event on Friday, and will add be adding new events to my website as they're confirmed/

See you on the road!
Posted by Mason Cross at 14:42 No comments:

So it all began when I attended parents night last week.

While you're waiting to speak to the teacher, the school encourages you to look through your kid's folder to see their work over the past year. While browsing through my older daughter Ava's portfolio, I found an amusing example of feedback about the school that was entirely typical of Ava. I took a picture, tweeted it the next morning, and then things went a little nuts.


My daughter actually submitted this feedback at school. Not sure if I should ground her or buy her ice cream... pic.twitter.com/4v8Gjb9riv
— Mason Cross (@MasonCrossBooks) May 25, 2017

I thought I would blog about it, because it's been one of the weirdest things I've been involved in, having something your daughter wrote becoming a brief internet sensation.

I sent the tweet before heading into a meeting, thinking fellow parents would find it amusing. During the meeting, my phone was buzzing regularly, so I put it on silent. I'd forgotten that I had turned off all notifications except new followers, so that wasn't even the retweets.

When I got out, it had been retweeted over 3,000 times. Considering my previous most popular tweet probably got 60 RTs, this was a little surprising. My wife had texted saying journalists wanted to get in touch. I tried to find some of them in the replies and got lost. The Glasgow Evening Times did a story on it, then the Huffington Post and the Independent. I decided to cap it off by buying Ava some ice cream and tweeting a pic, thinking it would die down now the story had a beginning, middle and end. It didn't stop. By the evening, she had made Teen Vogue.

The next day it got even wilder. The Daily Mail and the BBC wanted to talk to me. The Sun and the Mirror and TES ran stories on it. Ava's note got a mention in Time. I was interviewed by the New York Daily News. Patricia Arquette and George Takei weighed in. We were offered a slot on Australian breakfast TV (unfortunately it clashed with going to see KISS, sorry). For a while it was the number one most read story on the BBC website. 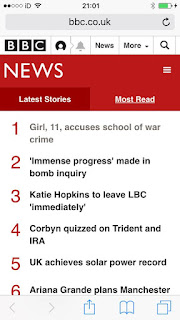 By midnight Friday, it had been retweeted over a hundred thousand times, and liked by over half a million people. Most of the reaction was great, but as you'd expect from something seen by millions of people, there was a little negative stuff too.

A surprising number of people were utterly outraged that I would even consider grounding a bright young girl for speaking her mind. I had thought that the words 'ice cream' appearing in a musing about punishment would signal that I wasn't entirely displeased, but I would probably have given it more thought if I'd known hundreds of thousands of people were going to be reading it. Then there were the Truthers, who posited that I had invented the whole thing to get RTs. One hilarious pundit went so far as to carry out amateur graphology to highlight small inconsistencies in Ava's handwriting, which proved... I don't know... that there was a second eleven-year-old on the grassy knoll? Or maybe just that she sharpened her pencil.

As someone else pointed out, it was interesting that almost everyone doubting the note's veracity was a male of a certain age. I think that's telling. It's the same unlovely part of the male psyche that spawns Birthers and 9/11 Truthers and Moon Landing Deniers: the need to be the one to see through the big illusion, to be more clued-in than the sheeple. Some of them seemed really angry at the suggestion an eleven-year-old girl could be smart, articulate and funny all by herself.

But the overwhelming majority of the replies were very positive. Most people ordered me to buy her ice cream, and maybe a car, and definitely enroll her for law school. Depending on their location, people suggested she run for UK prime minister, or president of the United States, or secretary general of the UN.

It was hard to keep up, since the notifications, to put it mildly, were a little more frequent than I'm used to. 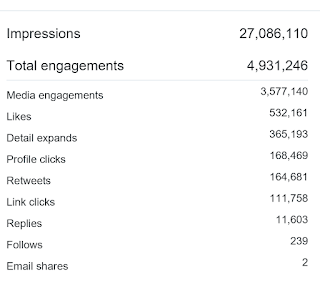 So why did it blow up so big?

I think a big reason is that it struck a universal chord. Whoever you are, wherever you live, it's likely that at some point in your educational career, you were punished as part of a group for something you didn't do. It's also funny that a young girl was so outraged she went and looked up human rights law and applied it to her complaint.

It helps that anyone who has, or knows, or can remember being, a smart eleven-year-old can identify with this. I was like this at that age, bashing out polemics on the injustice of having to wear school uniform, or not being allowed to see Terminator 2 in the cinema, and I didn't have access to Google.

But mainly, Ava had a solid point, albeit expressed in an amusingly over-the-top way. The Twitter storm prompted a really good academic piece on collective punishment in school by international childrens' rights expert Professor Laura Lundy, which is worth a read.

Ava's teacher, to his immense credit, was very amused by her feedback, and the way it's gone viral. Ava herself was kind of bemused by the reaction. Excited at first, mildly disappointed when I broke it to her that internet fame doesn't bring riches, and now she's pretty much over it. But she says it was worth it for the ice cream. 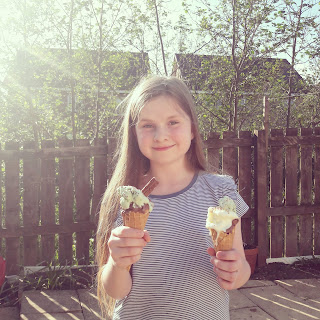