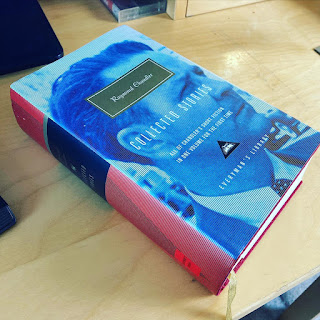 ***
1. Tell us a little about Darkness Falls
It opens with the protagonist, Thessaly, driving on the highway late at night in Pennsylvania. She stops for a break at a 24-hour diner and hears a voice she recognises in the booth behind her. It’s the voice of the man who killed her brother 20 years ago, and then disappeared. Is it really him? Where has he been hiding all this time? Thessaly has to make a split-second decision of what to do, and her choice draws her into a dangerous mystery…
2. What inspired the book?
I’m always fascinated by those chance meetings and coincidences that happen in real life. Like you can be on holiday thousands of miles away and run into someone who’s related to your best friend from high school. I thought it would be an interesting hook if one of those coincidences brought a survivor of a traumatic event into contact with the perpetrator, and what lengths she might go to to get resolution.
3. Are you a plan, plan, plan writer or do you sit down and see where the words take you?
Kind of a bit of both. I like to write out a 4-page synopsis that has the main beats of the story, the characters, important scenes, and hopefully an ending, but it’s not set in stone at that point. The book always changes and develops as I write it, and I often come up with a completely different ending. That was the case with this one, which went from a climax set in New York’s Grand Central Station to a more intimate ending with four people in a house. I think lockdown may have influenced that change!
4. Having been through the publishing process a number of times, is there anything about the process of creating a novel that still surprises?
Really just that it doesn’t get any easier. Each novel is a struggle and it feels like it’s not going to work, but you just have to push through and trust you’ll be able to do it again.
5. What do you do when you aren’t writing? What do you do to relax and get away from it all?
I like to read and watch movies, of course, but I also love getting outside and going for walks and runs. When the world gets back to normal, I’d like to go back to travelling again. I love visiting cities and exploring them on foot and by train.
6. If you could only read one book for the rest of your life which book would it be?
Too difficult! It would have to be a big book so I could take my time with it. I love Raymond Chandler, and the Everyman edition of his collected stories is pretty chunky, so I’ll go with that.
7. I like to end my Q&As with the same question so here we go. During all the Q&As and interviews you’ve done what question have you not been asked that you wish had been asked – and what’s the answer?
Good question!
How about… Could you get away with a murder in real life?
To which the answer is, probably not as I’m pretty disorganised, don’t plan in enough detail and I wouldn’t have the ability to go back and edit the things I did wrong or the inconsistencies in my alibi. If my editor helped me from the beginning on the other hand…
*** 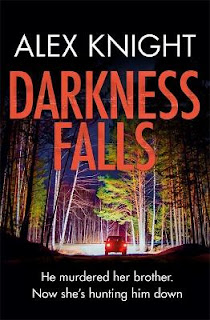 Twenty years ago, her brother was murdered. Tonight, she’s found his killer.
Thessaly Hanlon is four hours into a long drive home through the night when she pulls into a 24-hour roadside diner to take a break. She’s exhausted, but when she hears a chillingly familiar voice from the next booth, she wonders if he’ll ever sleep again.
The voice is unmistakable. It belongs to Casper Sturgis, the man who murdered Thessaly’s brother two decades before, and then disappeared without a trace.
Thessaly makes the decision to follow the killer. As Thessaly begins to unravel the second life of Casper Sturgis, she finds that digging into the past can have deadly consequences…
Buy Darkness Falls
Posted by Mason Cross at 03:53 No comments: