Quite naturally for me, I'm appearing on the fringe of things a couple of times over the next few weeks.

First up, I'm excited to be part of the special Two Crime Writers and a Microphone podcast recording at the Harrogate festival this Friday: 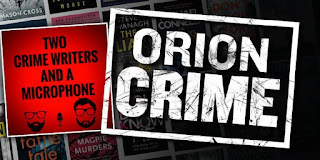 
...and in August I'll be appearing as part of Blackwells Bookshop's Writers at the Fringe event running alongside the Edinburgh festival: 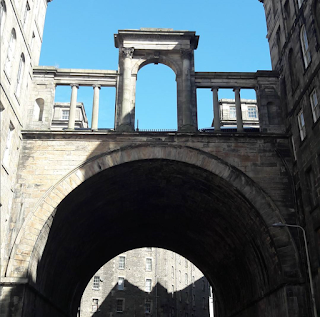 Now in its tenth year, Blackwell's Writers at the Fringe brings you once again the best in Scottish writing.  Every Thursday during the Festival we invite a selection of Scottish performers to give us a taste of their work.

New and unpublished works of literary art stands alongside established novelists, from folk music to contemporary fiction and all that is found in between.

The event is free, click here to book your ticket

For more information or if you would like a signed copy of any of the books because you can't make it to the event, please contact Ann Landmann on 0131 622 8222 or ann.landmann@blackwell.co.uk

Check out my events page to see where else I'm going to be, including Bute Noir, Oban and Bloody Scotland.

Hope to see you over the summer...
Posted by Mason Cross at 12:28 No comments: 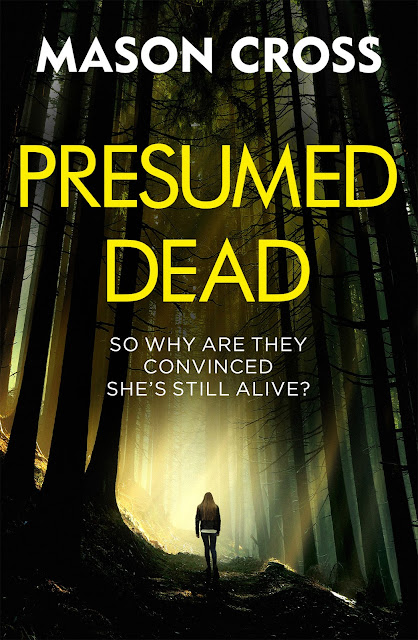 Book five has a title and a very sexy cover. I think this is my favourite UK cover yet - it's really different to the previous ones, but does a brilliant job of selling the story.

See below for a taster of what the new book is about. Presumed Dead will be published in the UK on 19 April 2018, and you can preorder the trade paperback here (I'll post links to ebook, audio when they become available):

Here's a piece I wrote earlier this year for the excellent Shots blog on my take on the use of 'adult language' in fiction.

As you might expect, the following contains naughty words, so if that's not your thing, probably best to skip this one. 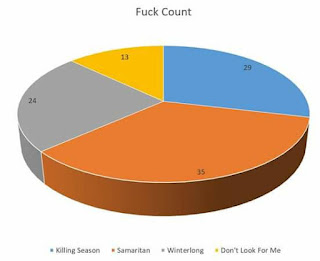 "I'd like to thank you for avoiding foul language in your books."

I've done a lot of library talks, but this was the first time I'd been lost for words. I was pleased the lady in the front row was happy, but I was a little bemused, too. I'm not the kind of writer who peppers every line of dialogue with cuss-words, but I don't shy away from them either. A moment of panic gripped me. Did my publishers sneakily purge my books of profanity before printing them?

When I got back home I leafed through The Samaritan, the book she was talking about. Nope, the four-letter words were all there, present and gloriously incorrect. Intrigued, I went back to the Word file containing the final copy edit of the book. I put the word "fuck" into the search box. 35 instances. How did the lady in the library somehow miss 35 fucks? The only explanation I could think of was that my use of F-bombs is so surgically effective that nice old ladies don't even notice them. That, or she read a completely different book and got me mixed up with another author.

The episode got me thinking about swearing. It's well known in the crime writing world that you can jot down grisly murders and torture scenes to your heart's content and no one bats an eyelid, but if you use a bad word, it's a major turnoff to certain readers. I once sat in the audience at a hilarious event with Chris Brookmyre and Mark Billingham where they read out some of their one-star Amazon reviews. Hands down, the thing that will get you a bad customer review quickest is too much swearing.

It seems to be a particularly big turnoff for the American market, along with blasphemy. I've often thought this is odd, since I learned to swear mostly from American movies. It's a genuine phenomenon though, to the point that some of the biggest names such as Lee Child and Harlan Coben avoid swearing almost completely. Jack Reacher has a bodycount that's easily into triple figures, but he has yet to use the F-word after 21 books.

Having established that there were 35 fucks in The Samaritan, I decided to check the rest of my back catalogue. It turned out that was the high-water mark. The Killing Season, my debut novel, has 29 fucks. The Time to Kill (Winterlong in the US) is down to just 24 fucks. My latest book Don't Look For Me has a minuscule 13 fucks, and for the first time none of them is a motherfucker.

Golly gosh, I thought. Or words to that effect.

The stats showed I was cursing less with every book. Was this an inexorable trend? Would there soon come a day when I would literally not give a fuck?

I wondered about the reasons for this. Perhaps I'm subconsciously toning myself down in hopes of appealing to a broader market. Or perhaps the fuck-count is related to the type of story I'm telling. The Killing Season and The Samaritan both feature law enforcement officers as major characters, which probably leads to an increase in salty language.

I asked some of the writers I know for their views. Steve Cavanagh, who swears like a sailor in real life, has a fuck count of precisely zero across three Eddie Flynn books. J.S. Law, who actually is a sailor, was asked to tone down some of the naval language in his submarine thriller The Dark Beneath. Some writers are okay with avoiding the swears, some take glee in turning the pages blue.

The bloggers and readers I asked were mostly sanguine - the majority were fine with swearing as long as it's not so frequent or gratuitous that it gets distracting. Even when asking seasoned crime fiction readers though, one or two admitted that they really don't like swearing. One even said that she stops reading if she sees bad language.

I thought more about how I use swearing. As I said, I don't go out of my way to include it in dialogue, but when a character wants to curse, I go ahead and let them. I think I could probably write a book with no swearing if I had a gun to my head, but I know there would be a line or three that just wouldn't ring true. No muscle-headed, tattooed thug in a dive bar ever told anyone to "screw off". One character gossiping to another about her "bang buddy" just sounds wrong, because "bang buddy" isn't a thing people say.

I don't think there's a right or wrong answer to this. Personally, I like a thriller to include so-called 'bad' language, but it doesn't offend me if a writer leaves it out, as long as it's done tastefully. I very rarely notice the absence of F-bombs in a Reacher novel, for example. On the other hand, I relish reading a literary outburst of profanities wielded by a master like James Ellroy.

In the end, it's up to the individual writer. If you like your characters to swear, go for it. If it's not your bag, feel free to leave those tools in the box. But personally, I'm sure as heckfire going to keep cussing when the situation calls for it.

I like to think the fact that my language didn’t bother the nice lady in the library means I’m getting the balance right.
Posted by Mason Cross at 14:47 No comments:

Don't Look For Me - American cover and release date 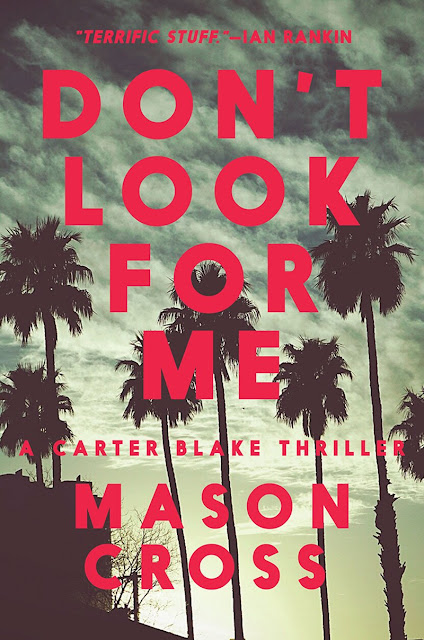 My US publisher Pegasus has once again delivered the goods - I love this.

Don't Look For Me will be published in the States in hardcover and ebook on January 2nd, 2018.

If you'd like to preorder, it looks like you can only do so at Amazon for the moment, but I'll link to B&N and Indiebound as soon as it shows up there.

Watch this space for a UK cover reveal of the 5th book, very soon...
Posted by Mason Cross at 03:37 No comments: