Don't Look For Me - book launch

It's almost that time of year again... 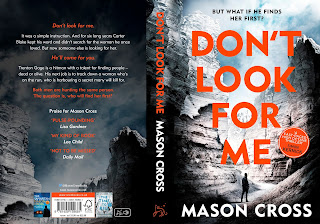 
Join Deanston Award shortlisted author Neil Broadfoot (Falling Fast, All the Devils) in conversation with Mason Cross for the official launch of his new novel Don't Look For Me, published by Orion Books.

Don't Look For Me sees manhunter Carter Blake on the trail of an old ghost from his past, in an adventure that will take him from the bright lights of Vegas to the Arizona desert.

There will be a reading, a Q&A and a signing. More importantly, there will be free wine. The event is free and all are welcome.


You can register for free tickets at Eventbrite.
Posted by Mason Cross at 15:44 No comments:

Email ThisBlogThis!Share to TwitterShare to FacebookShare to Pinterest
Labels: Don't Look For Me, launch, Waterstones 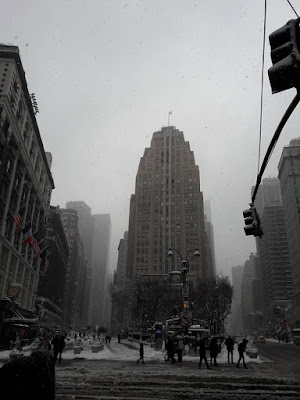 I've always loved New York. Even before I visited for the first time a few years ago, I loved the idea of it.

Before I made the trip in person, I got to know the city through countless movies and books, and in particular from the wonderfully geographically-specific parts of town where Spider-Man or the X-Men would battle their enemies. I saw the city through many eyes before my own, from Holden Caulfield to Nick Carraway to Jerry the mouse. I love big cities in general, but NYC in particular.

So it was particularly enjoyable to make my first trip to the Big Apple as an author, even for a few short days. Even better - we were able to secure babysitting, so my wife Laura was able to tag along, which was great as we don't get to spend much time together, just the two of us.

Things started out well with a fairly smooth flight (I'm not the world's biggest fan of air travel), with a stopover at Reykjavik. I got some writing done and finally got to see Mad Max: Fury Road, which I enjoyed, although not quite as much as The Road Warrior.

Arriving at JFK, we took the Long Island Rail Road to Penn Station, getting into the city around 7pm local, which was midnight by my body clock. As it was a brief visit, I did what I always do, which is stay on GMT - why not take advantage of the fact you’re in a place that bills itself as the city that never sleeps? In truth, I’m not a morning person anyway, so a five hour time difference puts me in the sweet spot. We decided to walk the twenty-four blocks north to the hotel, soaking up the sights and the sounds.


After breakfast the next morning, we visited the Barnes & Noble on 5th Avenue and I got to see one of my books in an American bookstore for the first time. Winterlong was really well displayed as a new release, too. 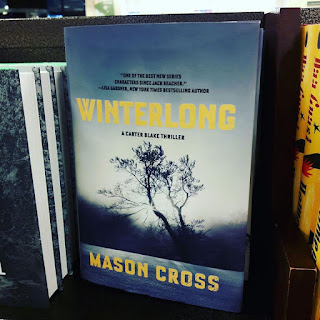 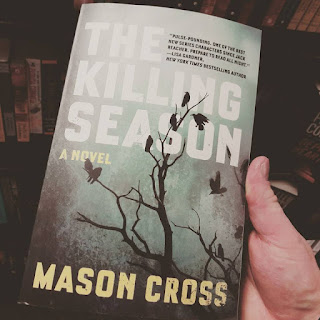 After that, I visited the nearby New York Public Library and wrote some of the new book in the beautiful Rose Main Reading Room. I make a point of writing in interesting places whenever I can. I wrote part of a short story in the British Library last year, so it was nice to continue the tradition. 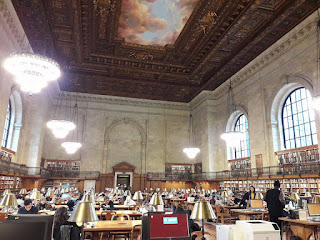 We headed east to drop in on Grand Central Station, which plays an important part in Winterlong, and admired the Chrysler and MetLife buildings on the way in. I really like distinctiveness of the former Pan Am building, even though it isn't held in the same regard as some of the more classically beautiful towers like its neighbour. 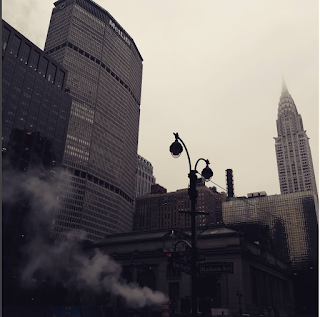 After getting dinner in a fantastic steak place, Laura opted to stay in the hotel with a book, and I took a walk up to Central Park and the Upper East Side, then headed all the way out to the East River and saw the Queensboro bridge in the fog. I love walking in cities, particularly big ones like NYC or London or Paris. It's absolutely the best way to absorb their unique characters: pounding the sidewalks and looking down the dark alleys, passing the doormen of upscale apartment buildings as they stand to attention beneath heated canopies. 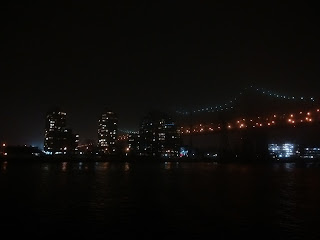 Day two started out with a trip to the Top of the Rock. I had ticked off the Empire State Building on my first trip to the city, but this lived up to the hype of being a better view, since it actually includes the Empire State Building. From seventy floor up, I was struck again by what an incredible city this is; the towers stretching out to the tip of the island, now and forever a work in progress. 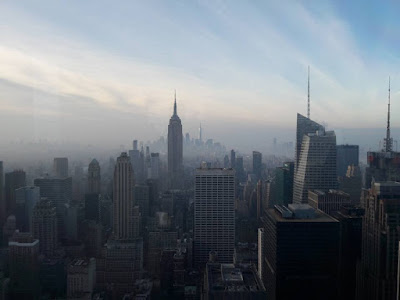 After a stroll in Central Park, I took the subway down to Chambers Street in time for my appointment at the world-famous Mysterious Bookshop, where I signed a stack of copies of Winterlong, which was a dream come true. The shop would have been worth the trip without that: it's a crime fiction fan's dream. I picked up some books, including a vintage short story collection by John D MacDonald - one of my big influences. 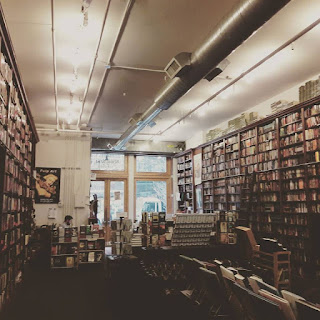 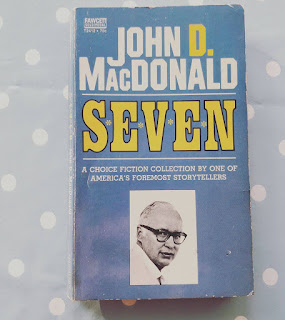 After the Mysterious Bookshop, we met up for dinner with Iris and Jessica of Pegasus Books, my US publisher and we had a great evening at an Italian restaurant in Tribeca talking about books and big cities and life in general. It was a pleasant night for a walk from the subway station to the hotel, but the news was saying a change in the weather was on its way.

Winterlong climaxes with a blizzard hitting New York, so appropriately, my last day in town did too.

This was a big one; big enough for them to take the drastic step of closing the schools. Watching the news, it was comforting to see that Americans freak out about the weather just as much as Brits do. I started to get a little worried about delays, but by the evening things had calmed down.

By the time we made it back to the UK, Winterlong was published all over again, this time in paperback under its British title of The Time to Kill, and I signed some copies in Waterstones. It's always good to come back home, but I'm already looking forward to the next time I'm in New York. 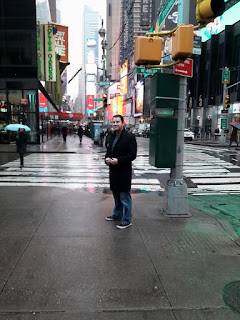 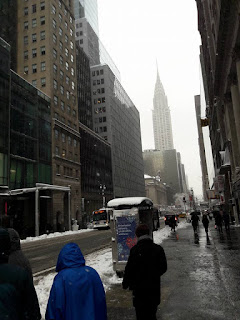 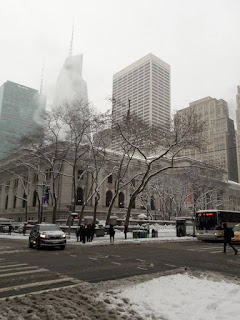 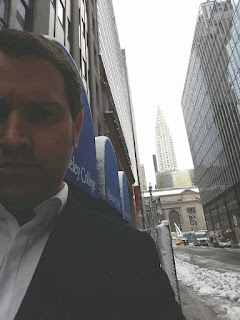 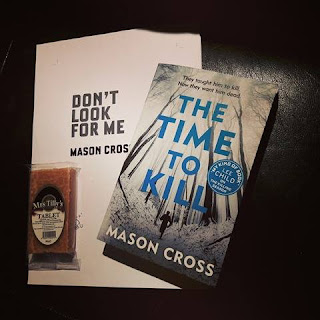 The official Readers Club competition to win a signed copy of The Time to Kill, page proofs of the first 2 chapters of Don't Look For Me and a random bar of Scottish tablet is now closed.

The winner has been randomly selected and it's...

Thank you to everyone who entered. If you'd like to get occasional updates on the books and find out about competitions and exclusives, go here to sign up.

There's not long to wait before Don't Look For Me hits the shelves on April 20th, and you can pre-order a copy right now to make sure you get it on publication day.
Posted by Mason Cross at 03:16 1 comment: