The folks at Orion have asked me to review the excellent new HBO show True Detective with Matthew McConaughey and Woody Harrelson for the blog at The Murder Room.

I'll be sharing review duties with Becky Masterman, author of Rage Against the Dying. We'll take it in turns to cover each new episode after it airs in the UK.

You can find out what I thought about episode one by going straight to my review at The Murder Room. I'm really pleased to have an excuse to watch every episode a couple of times as the story unfolds over the next eight weeks.

I'm trying to avoid spoilers as far as possible, but I have heard some murmurs that have intrigued me enough about the killer's motivations to pick up Robert W. Chalmers The King in Yellow...

If you're new to the publishing industry, as I am, you might be surprised at how far in advance things start to happen. Example: although it's still more than two months until The Killing Season hits the shelves, I've spent most of my time recently on the sequel, which won't be out for another year. I've just submitted the second version of this one to my editor.

Book 2 is provisionally called The Samaritan, and it follows Blake as he travels to Los Angeles to track down a prolific serial killer who may just be a long-forgotten figure from Blake's past. I'm looking forward to the feedback on this version, and I think it's a much stronger book after I've incorporated the thoughts of my editor and my agent, as well as some things I've decided to do differently on the second pass.

Although this one is going to be the second Carter Blake novel, calling it a sequel, as I did a minute ago, isn't quite correct: it's the second book in a series, and I think that's an important distinction.

The way I've approached the daunting task of writing That Difficult Second Novel, is in part to try to avoid writing a sequel to The Killing Season. It has the same protagonist, there are some ongoing plot threads that are picked up, and obviously it's in the same genre, but I've tried to approach The Samaritan as though it's the first Carter Blake book - i.e. one that someone who hasn't read the first book in the series can pick up and enjoy as though it were a standalone thriller.

This goes back to my thought process when I came up with Blake. I've always liked thriller protagonists who are not limited to any one location, from Travis McGee to Jack Reacher. Blake's background and profession means he can go anywhere he likes, take on any job he chooses. He's not tied down by authority or personal commitments. That means that every time I start a new book, I get to use a new location and create a whole new villain and a new supporting cast. It opens up a whole lot of possibilities for where the series can go.

The movie sequels I really love - films like Aliens, The Empire Strikes Back, Indiana Jones and the Temple of Doom - are all examples of the creators deciding to do something distinctive from the original. None of them are simple retreads of the original, even though they feature the same key characters and similar themes. I've tried to do something similar here: Blake is pretty much the same as he was in The Killing Season, but he's in a new city, working with new allies, facing a new antagonist. If I've got the balance right, the people who liked The Killing Season should like The Samaritan just as much, without it being a carbon copy.

I had a lot of fun writing this new book. It was a totally different experience to that of writing my first novel. The biggest difference was knowing that I definitely had a publisher this time. That was a slightly strange experience, because while I felt more secure about a lot of things, at the same time I felt more pressure to get it right. Secondly, I had to turn it around in a much shorter timeframe. I had all the time in the world to finish my first novel; procrastinating and tweaking and researching to my heart's content, but the writing of the new one was much more like a job. An awesome dream job, I hasten to add, but writing to order as opposed to as a hobby was definitely a different experience.

If all goes to plan, we'll be including the first couple of chapters of the second book at the back of the first one to encourage my readers to come back for more.

I've been talking to people about lots of exciting developments and upcoming events, none of which I can talk about just yet, but I'm hoping to be announcing some things soon. In the meantime, if you check out the nifty new Events page, you'll see that I'm going to be at CrimeFest in Bristol in May. It will be my first time at one of the biggest crime events in the UK calendar, and I'm looking forward to a few days of hanging out with some cool people, authors and readers and industry people alike.

Okay. Time to start plotting the third one... 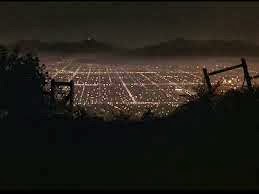