So, lots of cool stuff happening over the last week.
I picked up another really nice American review, this one from the Library Journal, who said:
British author Cross makes a spectacular U.S. debut with this harrowing thriller. The gripping, intense pace and the intriguing characters will keep readers on the edge of their seats. Hope for a sequel!
Speaking of libraries, I've been asked back to do another author event at Cambuslang Library on 21st February, which is great as I had so much fun doing the last one. Check out the events page for more details, and it's completely free, so just show up if you're in the area.
I found out that Sainsburys is going to be stocking The Killing Season across their stores in the UK, which is fantastic as it will get a chance to reach tons of readers who might not have a bookshop near them.
And finally, I got some amazing news from my editor: Lee Child read the book, enjoyed it, and is giving me a cover quote. You can see it on the shot of the latest paperback design below.  ﻿ 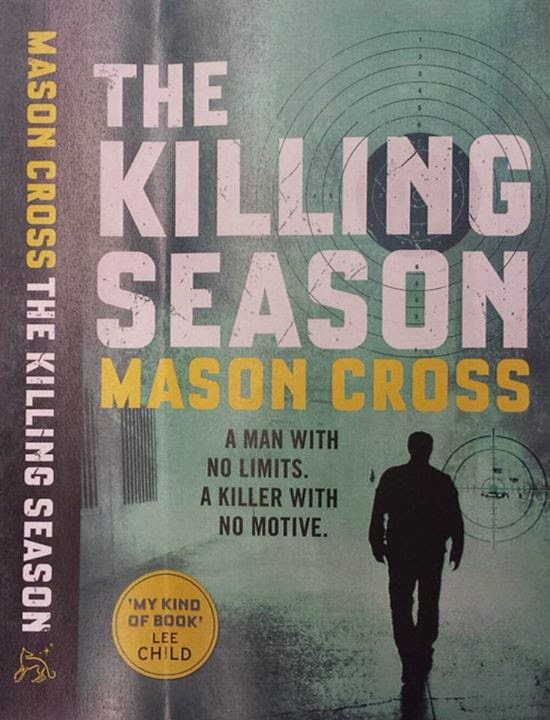 If you have trouble reading it in the picture, it says "My kind of book." This is a fantastic surprise - I'm a huge fan of Lee and Jack Reacher, and he's definitely been one of my big influences.

Can't wait to see it on the shelves... of Sainsburys and everywhere else.
Posted by Mason Cross at 14:01 No comments:

Great advance review of Killing Season in the States from Publisher's Weekly:

Cross’s engrossing debut, the first in a new crime series, introduces Carter Blake, a man without a home and with no personal ties, but with a knack for finding people who don’t want to be found...The body count grows as Wardell goes on a rampage in several states. The suspense builds all the way to the breathtaking ending. Readers will look forward to seeing more of Blake.

It's interesting that Booklist, Kirkus and now PW have all commented on the high bodycount with approval. I hadn't thought too much about it, but now I'm happy that The Samaritan also happens to be fairly death-heavy.

Only a few short weeks now until The Killing Season makes its American debut on February 15 - can't wait to see how it goes down with readers. 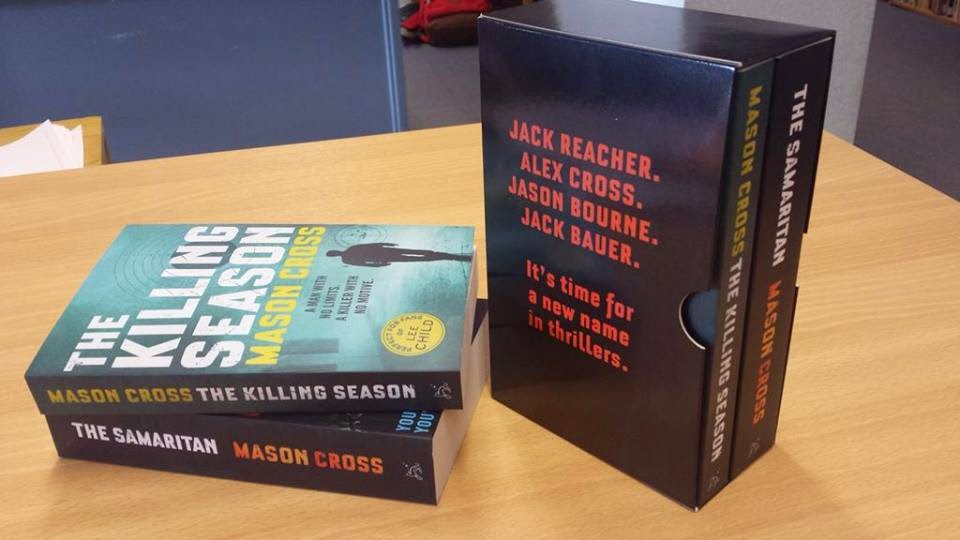 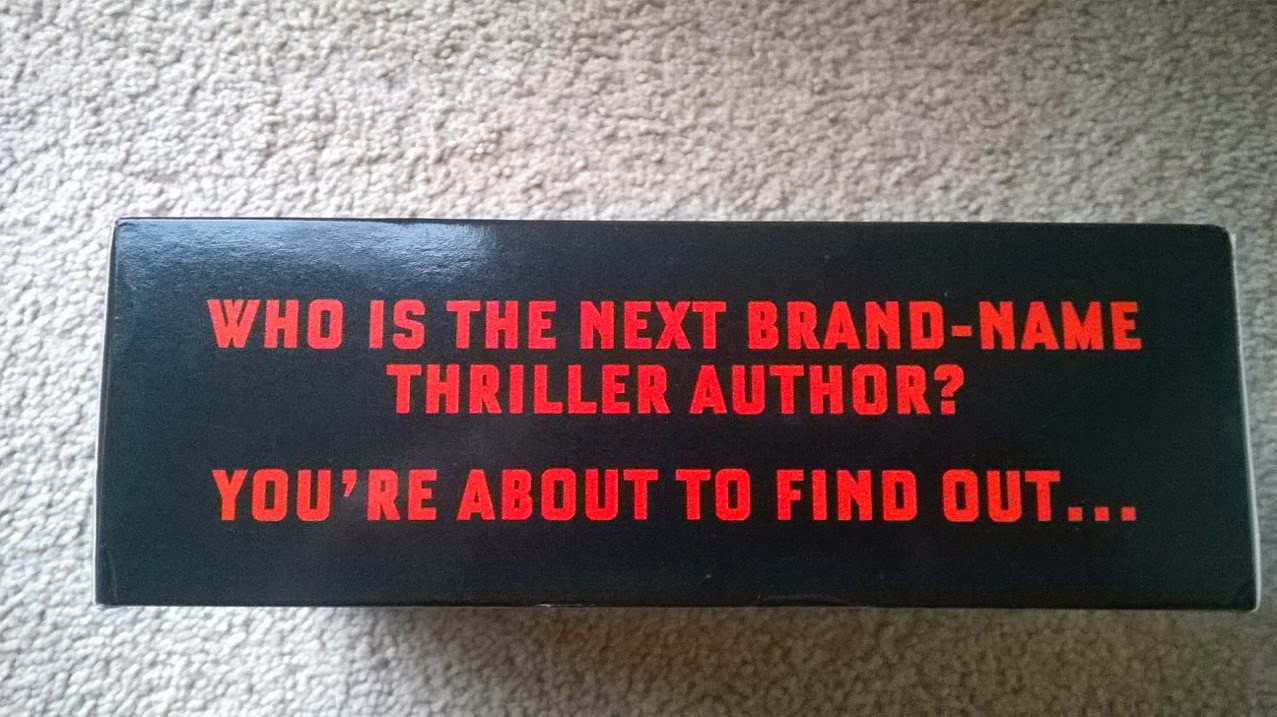 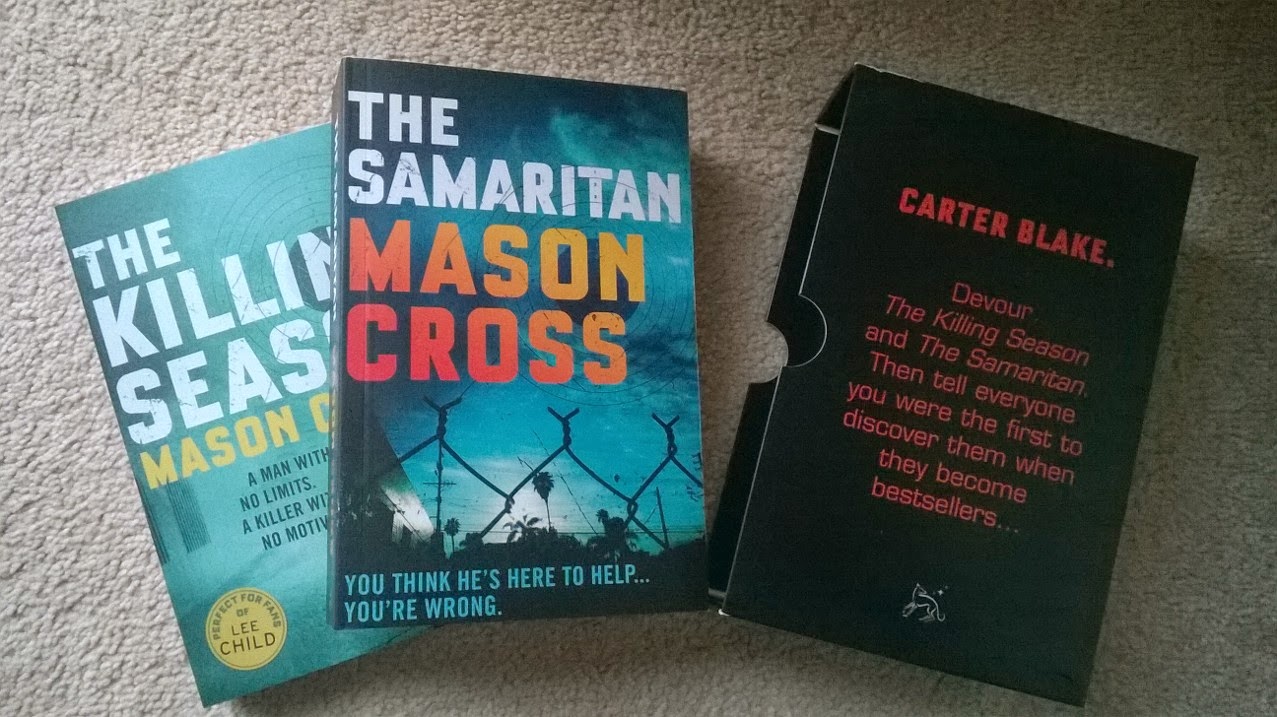 Orion has produced an amazing limited-edition slipcase containing the advance proofs of The Samaritan along with the Killing Season paperback. I feel really fortunate to be getting such a big push from my publisher on these latest upcoming releases, although seeing my name alongside some of these luminaries is a little daunting.

I'm still writing book three, and at the moment, simultaneously going through page proofs on Samaritan, which is the last time I can make changes before it's published in May.

I can report that it's no less daunting waiting for the second novel to come out.

First, a nice announcement: I'm delighted to be selected for the long list for the 2014/15 Waverton Good Read Award.

It's a prize for the best debut novel by a British author, and is judged by the people of Waverton, a village just outside Chester. Previous recipients of the award include Mark Haddon and Tom Rob Smith, and this year I'm up against 25 other new authors, whittled down from around 80 nominations.

You can find out more about Waverton Good Read at their website, and view the full list of nominations here.

I was also really pleased to be asked to come and speak at the announcement of the long list on Monday night.

After meeting some of the organisers for a very welcoming dinner, we headed over to the meeting and I spoke to about 60 of the participants in the Good Read about how I got started writing and my long journey to publication. As always, my favourite part was stopping talking, and letting people ask questions. Some really good ones, as you'd expect from a roomful of fiction experts. We talked about the differences between British and American thrillers, violence in crime fiction, how I find time to write (beats me, I just do) and many other subjects. Here's me doing the moody author pose: 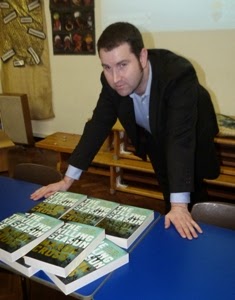 The morning after, Gwen from the WGRA committee was kind enough to take me on a whistlestop tour of Chester, which is a very cool medieval town that I'm keen to return to soon. 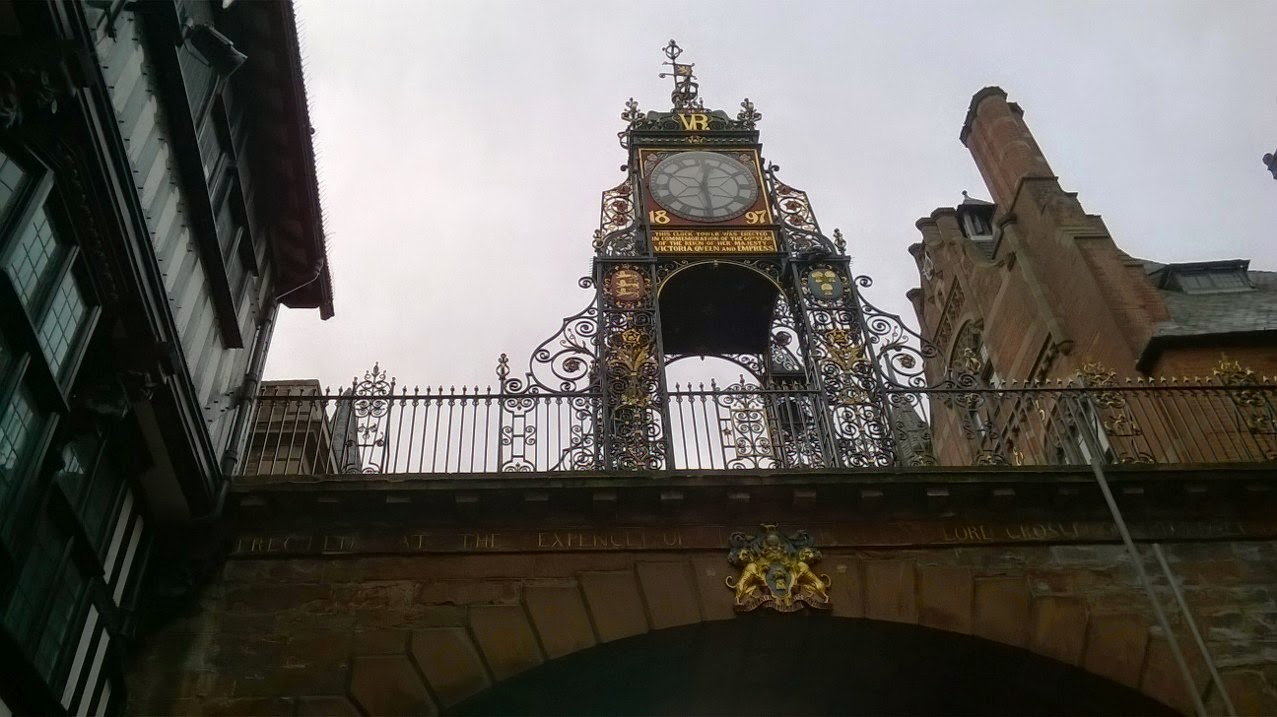 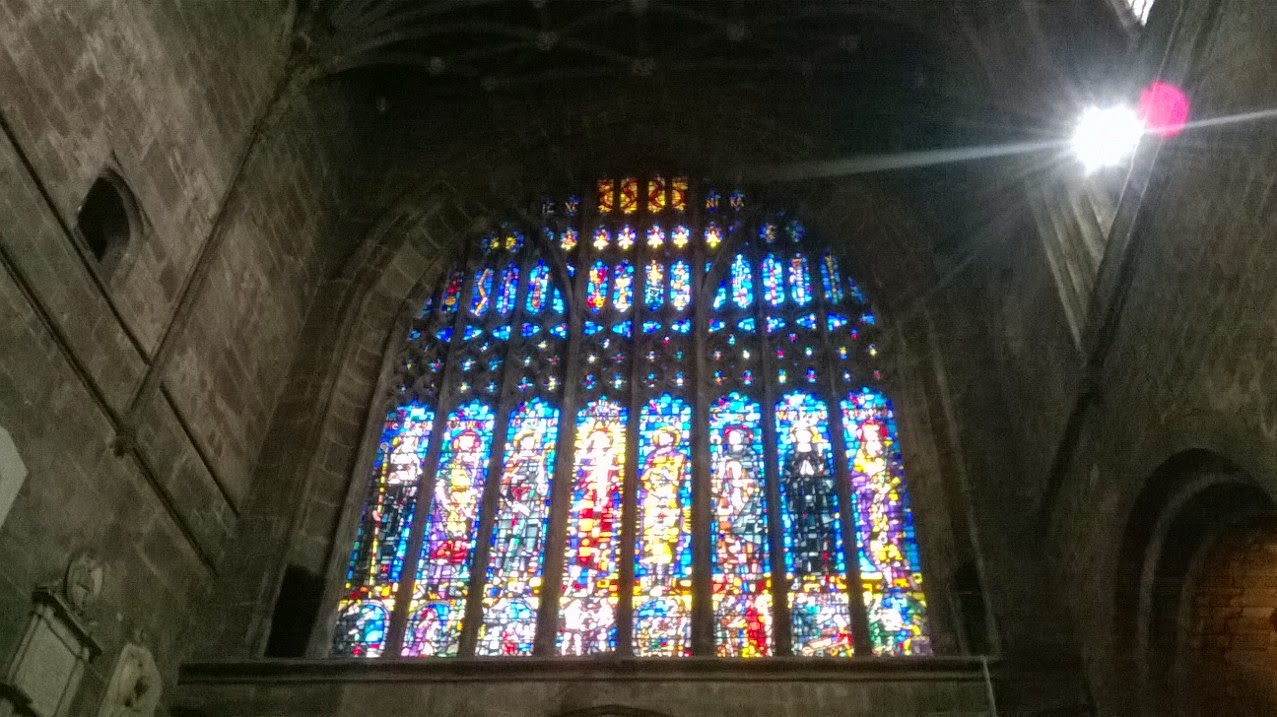 We saw the Cathedral, took a walk along the city walls (allegedly it's still legal to use a bow and arrow to shoot a Welshman within the walls after dark), and saw one of Chester's most distinctive medieval features: a system of galleries running down the main streets at the heart of town known as the Rows. 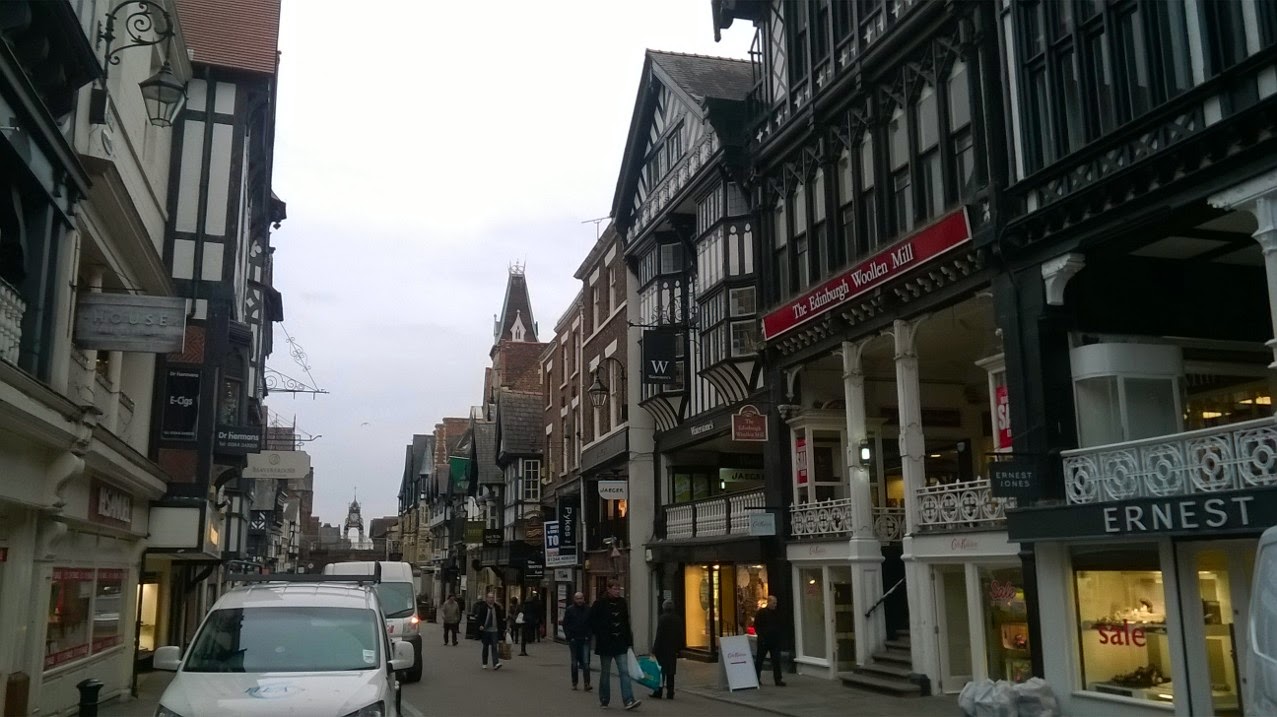 You can read more about the Rows here, if you're a history buff. Gwen pointed out that there was one row that was difficult to let to businesses because it was constantly dark. That combined with the fact everything is built on Roman-era human remains and there are rumours of hauntings, made for an evocative surrounding. Surely someone should write a spooky Chester-set mystery called The Dark Row. Maybe I'll give it a go someday.

And just to complete my literary excursion, when changing trains on my journey back home I saw this paperback on a charity stand, and was powerless to resist. I mean come on: It was the modern miracle... or a sinister force of destruction. I have a ton of things to read, but SKYSHIP is now way higher on the list than it ought to be. 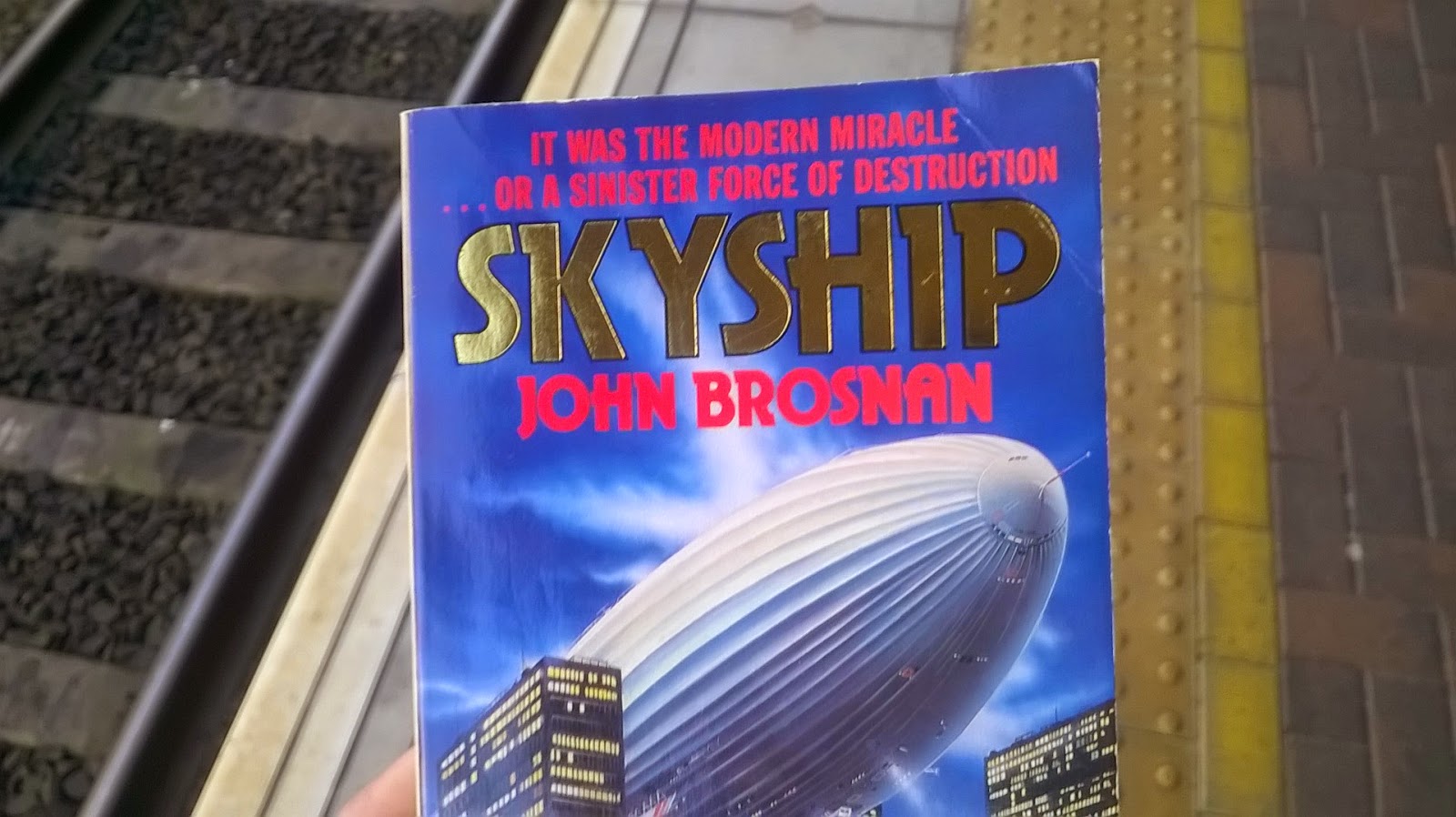 Just a quick post to wish you all a very happy New Year.

2014 was an incredible year for me with the publication of The Killing Season, and I've been really fortunate to have had such great reviews and so much fantastic feedback from readers at the various festivals and appearances I've done so far.

I'm also really gratified to appear on some end of year best-of lists from some of the best book bloggers in the business, like Crime Thriller Girl and Reader Dad.

The next twelve months promises to be busy as I finish writing the third Carter Blake book and try to make it to as many festivals and events as possible. I'm getting off to an early start, speaking at the announcement of the Waverton Good Read long list on January 12. The Killing Season is set to be published in America in February and Germany in March, with the UK mass market paperback out in April.

And of course, there's the small matter of The Samaritan, which will be hitting shelves in May this year. Advance proofs arrived at my door on Christmas Eve, and I can't wait for people to read it. 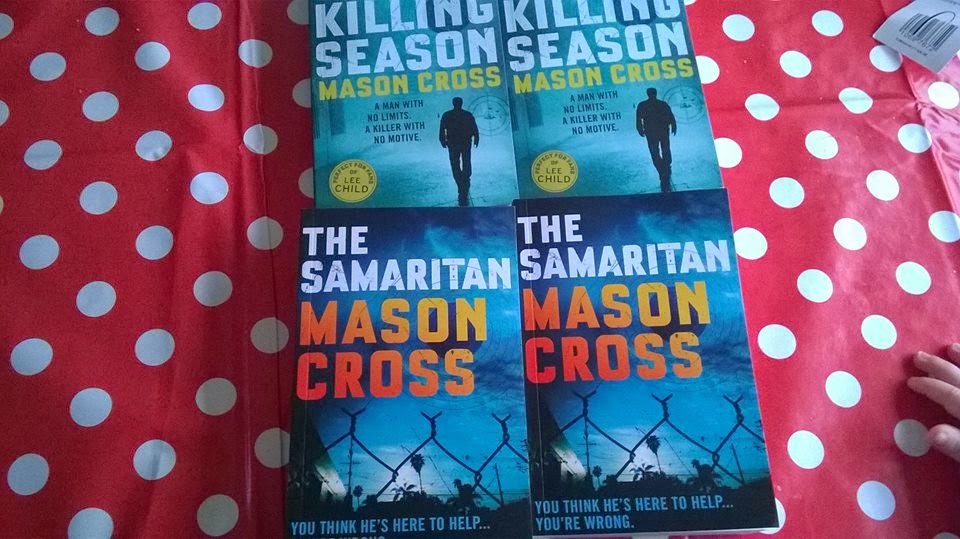 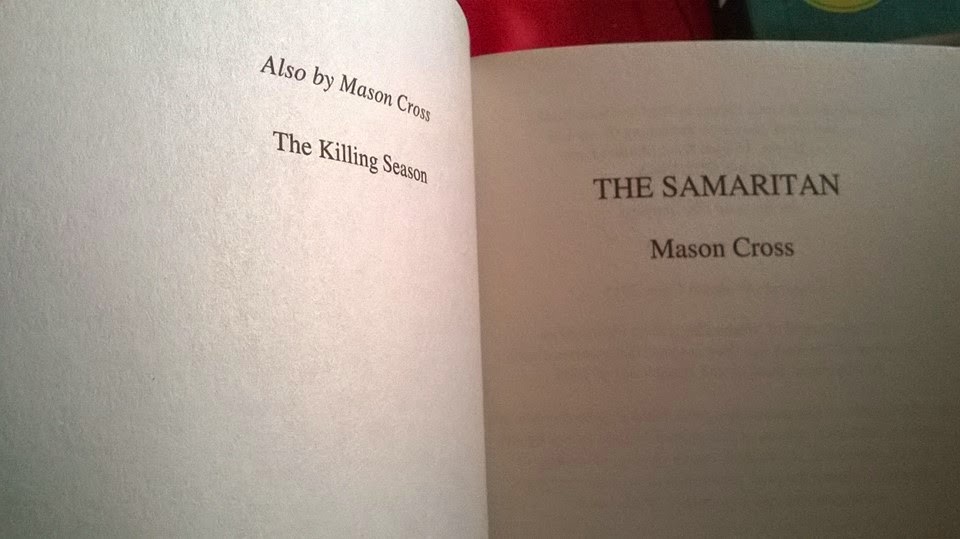 See you in 2015, where in just a few short months we'll all be riding around on one of these babies... 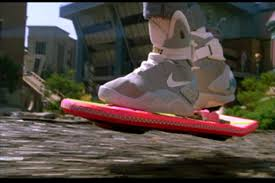