Upcoming events - including this week!

I've just updated the events page on the website. Three library events and my first ever trip to Harrogate for the legendary Theakstons Old Peculier Crime Writing Festival. I'll be hosting a table at the author dinner on the Saturday night, so if you've ever had a hankering to dine with a crime writer, I hope you'll consider me.

Hope to see you at one of these. Or heck, even all of them, if you happen to have a social life as quiet as mine.

What's in a name?

So the big announcement this week is... Winterlong is no more.

The third Carter Blake book has a brand new title: 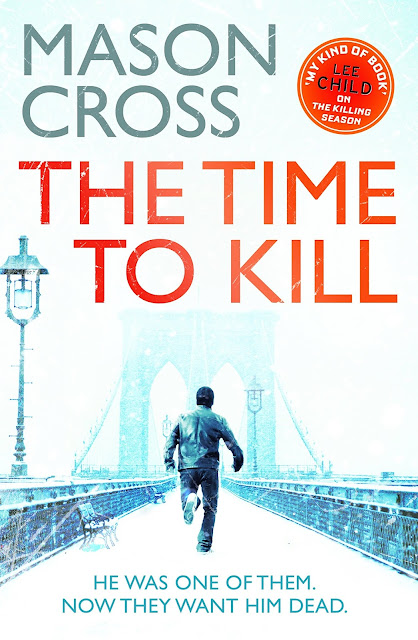 What do you think?

The idea originated with my publisher, on the not-unreasonable grounds that The Time to Kill tells you what kind of book this is, in a way that Winterlong doesn't. From a design standpoint, four short words work better than one long one, and I think the look of the cover has improved as a result.

Part of me will always think of this book under the title it's had ever since I came up with the idea three or four years ago, but the new title is growing on me. And it fits the story in a couple of different ways, which is a good thing for a title to do.

But the important thing is, it's the same book, and it's still coming out this summer. You can pre-order in your format of choice here.

Email ThisBlogThis!Share to TwitterShare to FacebookShare to Pinterest
Labels: cover, The Time to Kill, titles, Winterlong


The other day I was delighted to be part of an author panel at Aye Write - Glasgow's biggest literary festival, which takes place every spring in the fabulous Mitchell Library. 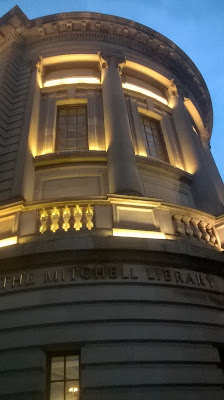 I was in good company, with fellow crime writers Douglas Lindsay and Mark Leggatt, and the theme was an interesting and unusual one:  it was titled Beyond These Shores, because the three of us are from Scotland, but have chosen to set our books further afield. My books as you probably know take place in the US, Douglas's latest, Song of the Dead, is set in Estonia, while Mark's Names of the Dead takes in Zurich, Paris, Morocco and Tehran. 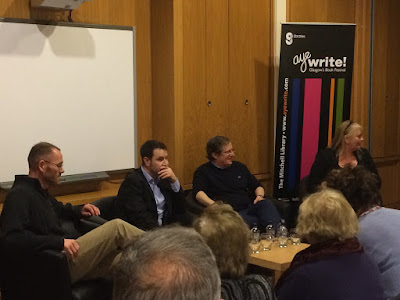 It was a really enjoyable panel, expertly chaired by Shari Low, and I particularly liked that it took a question I get asked all the time and made it the central focus of the evening. It reminded me of a piece I wrote in 2014, in the run-up to the publication of Killing Season, that attempted to address this question. I can't remember who I wrote it for, or if it ever saw print, but I thought I'd revisit it.

So here it is: Why My Books Are Set in America


Although I'm still fairly new to the professional writing experience, I'm already becoming accustomed to being asked certain questions. Number one on the list is, "How do you find time to do that with three kids?" To which the answer is, I have absolutely no idea, and unfortunately I’m not blessed with a Victorian-style ‘seen and not heard’ environment. In second place is, "Why did you choose to set the book in the United States rather than somewhere closer to home?"

I have a better handle on this question, because there are actually a few different reasons.

Firstly, I write what I like to read. While the novels I love aren't exclusively American (or even exclusively in the crime genre) a lot of my absolute favourite authors from Chandler and Hammett through MacDonald and Leonard right up to Child, Crais and Connelly set their thrillers in America. When I started to write my own stories, all of those influences and many more were bubbling away under the surface.

There are practical reasons, too. In some ways, you have more freedom when you take the US as your location. The story comes first of course, and you could probably set most novels just about anywhere, but America is the land of the free for a writer. There’s a massive geographical area to play with, dwarfing the UK and Western Europe. You can visit bustling metropolises or barren wildernesses and everything in between. You have freedom of movement across four million square miles, crossing fifty boundaries with no need for a passport. There is huge variation in local culture, but everyone speaks English. That’s before you get to the bonuses specific to crime writers: the ubiquity of guns. The tradition of frontier justice. The fact that dozens of real-life serial killers are thought to be operating in America at any given time.

Lastly – and this is hardly ever a good excuse – I decided to do it because other people were doing it.

John Connolly from Dublin, RJ Ellory from Birmingham, Matt Hilton from Cumbria. And of course one of the biggest names in the business, Lee Child, who began writing his all-American thrillers at his dining room table in Birmingham.  I decided if those guys could do it and find success, it seemed like a viable career option.

Once you look beyond the literary world, you realise that there’s a long and honourable tradition of Brits working in quintessentially American art forms, from Hitchcock’s Hollywood thrillers to the rock n’ roll of the Rolling Stones to Grant Morrison’s superhero comics.

Perhaps that’s because we absorb American popular culture in almost equal measure with our own here in the UK. Most Brits will count American movies and TV shows and bands among their favourites. And we have one big advantage – we can be familiar with American culture and society, we can even blend in to an extent, but we are always outsiders. For a writer, that's a must. It’s also the reason I've made my protagonist Carter Blake an outsider. He's a man of the world, but not necessarily a native of any city or state.

When it came to researching my American-set novel, The Killing Season, I drew on my own trips across the pond – to Los Angeles, San Francisco and New York. I spoke to my American friends to get ideas and check details and ask about the things only a local would know. I backed that up with a lot of research using all the tools that a writer has at his disposal in the twenty-first century: books, travel guides, newspaper articles, websites, satellite maps, discussion forums. When I had a working draft, I recruited my American friends as early readers, asking them to be on the lookout for mistakes and inaccuracies and rogue Britishisms. They caught me out a few times, but the consensus was I’d done a serviceable job of sounding authentic.

If I was surprised by anything, it was by the fact it was less difficult to write about another country than I might have expected. Perhaps that’s because a lot of the local detail is about set dressing – important and necessary, even vital – but ultimately of secondary importance. Because the most important things to get right are the things that are universal: a compelling story, a thrilling atmosphere, believable characters. If you work hard at those things, then the research and the local colour ends up doing what it’s supposed to: serving the story.

Fitting in the writing around three delightful but demanding children, though? That’s a challenge.
Posted by Mason Cross at 11:50 No comments: