Author copies time! I always love getting editions from other countries to see how the book looks on shelves across the world.

This is the Swedish paperback edition of The Samaritan - titled Den Onde Samariten (The Evil Samaritan). 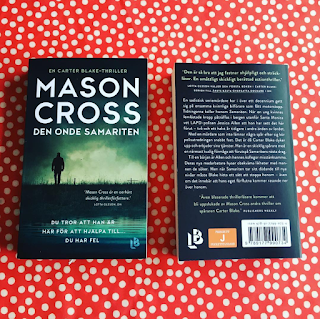 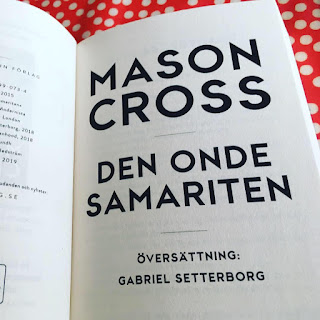 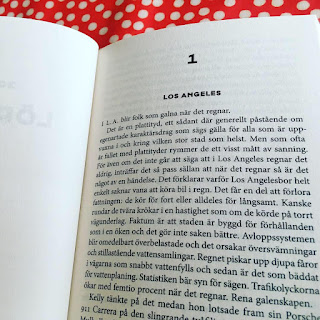 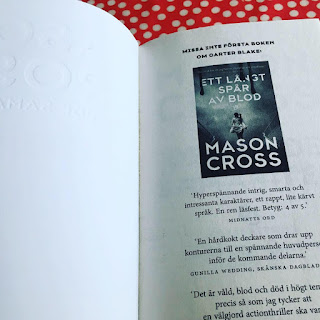 If you're in Sweden, it's on sale now. Glad läsning!

I just found a great review from Dast Magazine last year, when the hardback came out. I don't speak much (okay, any) Swedish, but it's always fun to get Google to translate it:

It is really strange that such an exhausted plot as the hunt for a serial killer can become so infernal exciting. Another remark is that authors of this very American genre are a Scot from Glasgow who embraced the really hard-boiled style that for seven, eight decades was introduced by Frank Morrison "Mickey" Spillane, among others. You are drawn very quickly into the evil Samaritan, Cross other thriller after last year's A long track of blood that introduced the human hunter Carter Blake.

The title comes from the fact that the serial killer got the nickname Samariten by offering help to women who got a motor stop, but instead of assisting he tortures his victims before cutting his neck with a saw-toothed knife. In the United States, such crimes have become a frightening reality along long and solitary routes of highway and according to the police, they are difficult to solve.

When a landslide exposes the bodies to three victims in the mountains near Santa Monica, the Los Angeles police investigator Jessica Allen is summoned, and this is not the first time she has seen anything like it - though on the other side of the continent. No traces, small chances of finding an offender.

A little hope is raised when Carter Blake arrives and offers his services, but initially suspicion is apparent. Blake's profile is too good for what they found out about the killer. But it turns out that the helper is a veritable track dog with a slightly scary ability to figure out the next Samarit's trait. And such comes when the killer raises his job to new, frightening levels. It is unpleasant but so exciting and temples that you do not want to stop reading, both about the hunt itself and about the protagonist's past that is about to set it up for him.

Mason Cross was born in 1979 in Glasgow, where he still lives with wife and three children. His previous book was nominated for Theakston's Old Peculier Crime Novel of the Year. One doesn't need a load A long track of blood to keep the evil Samaritan . The books are independent of each other but if you want to know Carter Blake better (I think one wants it) it doesn't hurt to read the debut - and the following. Because there will be more.


LEIF PETER JONSSON
Posted by Mason Cross at 10:00 No comments: