Competition - win a signed copy of The Samaritan US hardcover 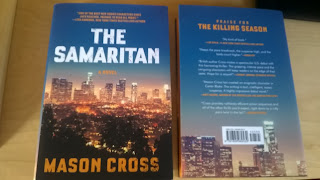 There was a really fantastic response to the Goodreads giveaway of The Killing Season a couple of weeks ago, so I thought I'd try something different this time.

This time, you can win a signed, hardcover first American edition of The Samaritan. All you have to do is sign up to my mailing list between now and midnight GMT on Sunday 6 March 2016.

I promise not to spam you with daily ramblings - I only send an update when a new book is coming out or something actually interesting is happening.

It's the featured week for The Samaritan in Richard and Judy's Book Club this week, which means it gets top shelf promotion in WHSmith and seems to be on special offer for half price in some branches.

As my former boss and new head honcho of Uber Glasgow Chris Yiu reports, it looks like they're flying off the shelves...

It also means my Richard and Judy podcast is live, so you can now head over there to listen to my interview with R&J. There's a new post from me there on the inspiration behind the book.

You can still read Richard and Judy's reviews in full on the Book Club blog, check out their Q&A with me or read a free sample of the book.

It seems like ages since I recorded the interview, but I thought it would be good to record for posterity what it's like getting to meet Richard and Judy to talk about your book.

After arriving in London, I met Angela and Virginia from Orion for coffee before the interview. While I attempted to suppress my nerves, we chatted about the interview and lots of other things: the cover for Winterlong, the pronunciation of Eurydice (I had only recently discovered it's you-RID-uh-see, not you're-a-dice), and the fact Angela had passed by a guy dressed as an Imperial Stormtrooper at the railway station (guess what movie was coming out that day).

At the appointed time, we reported to reception at the upmarket hotel in Covent Garden where Richard and Judy were recording the podcasts, and I was ushered into a room to record some of the pre-interview material. This involved a short reading from The Samaritan, and talking briefly about how I write.

Laura Barnett arrived for her session after me - I had met her at a Hachette event a few months before and loved her novel The Versions of Us, so it was nice that we both made the list. I'm Facebook friends with Ruth Ware too, and although we didn't get a chance to see each other on the day, it was great to see In a Dark, Dark Wood on there too.

A helper came to tell us that Richard and Judy were ready and led me through to the room where they were recording. It was a strange but wonderful experience, like stepping inside a television. They were both lovely. When Richard kicked off his introduction, I was reminded why they've been a fixture of British TV and radio for so long. I kind of wish he could introduce me at all my events.

They asked me about the novel, about why we're drawn to violent crime stories, about how I came up with my pseudonym. I also learned that the hands are always set to ten past ten in wristwatch adverts. You can't unsee this once you're aware of it.

And then, before I knew it, we were done. We snapped a few pictures with me sitting on the couch with R&J (throughout which I couldn't stop thinking I am on the couch with Richard and Judy) and then it was downstairs to the bar to catch up with my editor Jemima and lots of the Orion team who had come along to celebrate. Judi Dench was there too. Although not part of our party, regrettably.

To say it was an insanely cool experience would be an understatement; it's the kind of wildly unrealistic ambition you dream about as an aspiring author. Since then, it's been wonderful to hear from new readers and to see the book alongside the other book club selections in pride of place in branches of WHSmith the length and breadth of the UK.

To quote Ferris Bueller, I highly recommend it. 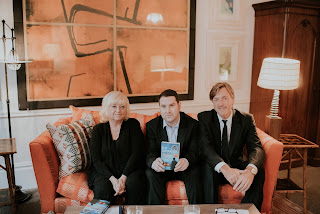 Goodreads giveaway - win a signed copy of The Killing Season

If you'd like to win a signed UK paperback copy of the first Carter Blake novel, all you have to do is click to enter at the link below before midnight on February 18.

Open to UK, US, Australia and Canada - please see t&cs for full details. 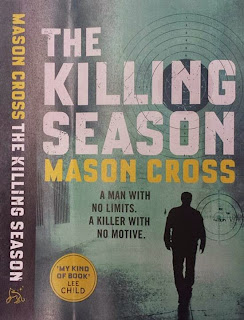 I've updated the events page at the website with some new dates:


I'm really looking forward to all of these, especially Aye Write, where I'm on the bill with Mark Leggatt and Douglas Lindsay chatting about setting our thrillers internationally. Go here for more details on all of these - the Aye Write event is ticketed but the other two are completely free.

Elsewhere, Darren Brooks has posted a wide-ranging interview with me together with a really excellent, insightful dissection of the first two books over at his blog, titled 'A Ghost to Catch Ghosts'. I particularly enjoyed his likening of the series to anthology television shows - I hadn't really considered this, but it's a good point, and will hold true for Winterlong:


The anthology approach to the series works well, too. Like that practised by TV shows such as True Detective and Fargo – whose subsequent series tell new stories with new characters whilst retaining the parent title – it is an ideal device by which to gradually chip away at the hidden biography of Blake. Dropping the character into new cases with different investigatory teams is perfect for a man with secrets to maintain, in that he does not develop ongoing professional relationships and so avoids the familiarity common to conventional serial fiction, particularly the team ethic inherent to the police procedural. In adopting this anthologised style, it is ensured that Carter Blake – both the character and the history his chosen name is designed to disguise – lives on. For now.


I was really pleased to get a double-page spread in the Glasgow Evening Times about the Richard and Judy selection (apologies for my crappy camerawork - the full story is online here). 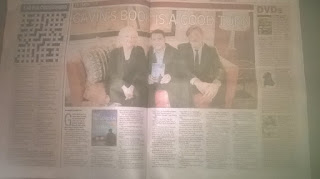 And hot on the heels of the US publication of The Samaritan, a great American notice from Raven's Reviews:


“Carter Blake” manages to remain mysterious. Precious and few are the clues that Blake drops, and little is told about the man at all. This doesn’t stop him from being a combination of James Bond and Jason Bourne, with maybe a pinch of the Punisher thrown in for seasoning.


Perhaps unsurprisingly, I love all of those characters, but it's the first time the Punisher has been mentioned. Makes sense, as I was reading Garth Ennis's superlative Punisher MAX around the time I was writing Killing Season. Funnily enough, that was basically a crime anthology series that revolved around one character. 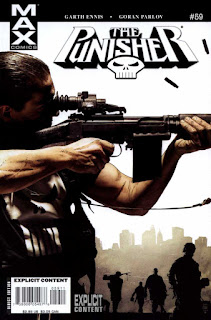 Finally, I've just sent out my first update to the mailing list to mark the UK paperback and US hardcover publication of The Samaritan. If you want to be kept in the loop with occasional updates on when each new book is coming out, all you have to do is sign up right here - I promise not to spam you:

That's it for now - I'll be posting about a new Goodreads giveaway next week, so watch this space!

The Samaritan is finally released in America today, published by Pegasus Books. 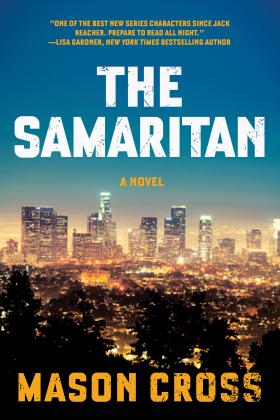 The cover is quite different from the UK version this time around, but it's great. I received a box full of author copies last week and, although pictures don't do it justice, the hardcover is a thing of beauty. 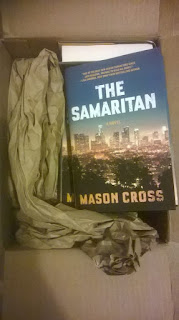 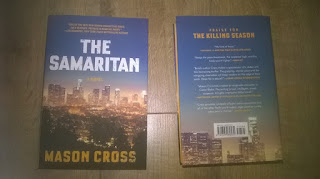 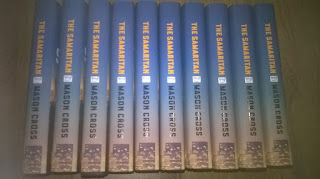 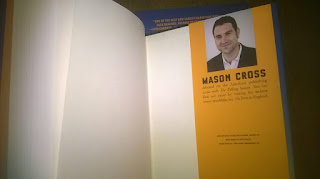 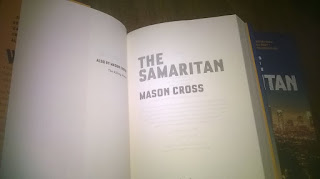 I had lots of great emails and messages from American readers about The Killing Season, so I can't wait to see how people react to the new book. It's already had great US reviews in Publishers Weekly and Kirkus.

You can order The Samaritan now from all good bookshops:

Audible
Posted by Mason Cross at 03:02 No comments: