Quick update to say that Orion are running another Goodreads giveaway for UK readers in the run-up to paperback publication of The Killing Season - all you have to do is register﻿ to be in with a chance of winning one of ten free copies.
And if you prefer to listen to your books, you still have a few days to win the audiobook on CD right here on the blog.
13 days and counting to paperback publication...

See you at CrimeFest

The old events calendar is starting to fill up nicely. I'm booked in for a few different 2015 festivals and events, but some of them I'm not allowed to announce yet.

I am both allowed and delighted, however, to announce that I'll be back at CrimeFest this year.

I'll be taking part in two panels: It’s A Dangerous Life: Thrillers From Psychology To Action, along with Sabine Durrant, Paul Hardisty and Rebecca Whitney (with participating moderator Stav Sherez), and Psychopaths: Not Very Nice, Or Just Misunderstood? with James Carol, Clare Donoghue, Stuart Neville and Caro Ramsay, and moderated by yours truly.

I'm really excited to be back at CrimeFest, where I had a fantastic time last year (yes, even taking into account Criminal Mastermind), and I know this year will be great.

CrimeFest takes place in Bristol from 14 - 17 May, and you can book day or weekend passes on the festival website. It's an excellent weekend whether you're an author (published or not) or a reader. 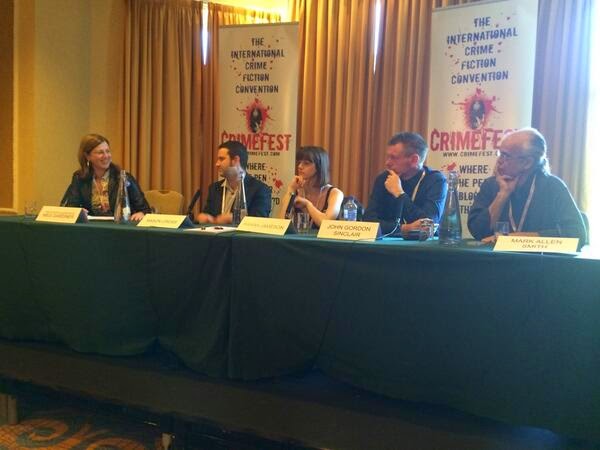 They do say when setting out to write a book you should "Write what you know’". The three authors on this crime panel all had experience working in the British Justice system before turning their hands to crime fiction.

Denzil Meyrick, author of 'Whisky From Small Glasses' and RJ Mitchell, 'Parallel Lines', were both police officers while Mari Hannah, author of the DCI Kate Daniels series ('Killing for Keeps' the most recent) worked for many years as a probation officer before she was injured on duty and took up writing.

***
Tickets are £9 plus booking fee, available from the festival website. Looking forward to this one a lot, as it will be my first time chairing one as opposed to being one of the panellists.

I'm also excited to be at Aye Write as an author for the first time and taking part in a great festival in the beautiful Edwardian surroundings of Glasgow's Mitchell Library (where I've actually done quite a lot of writing in the past). 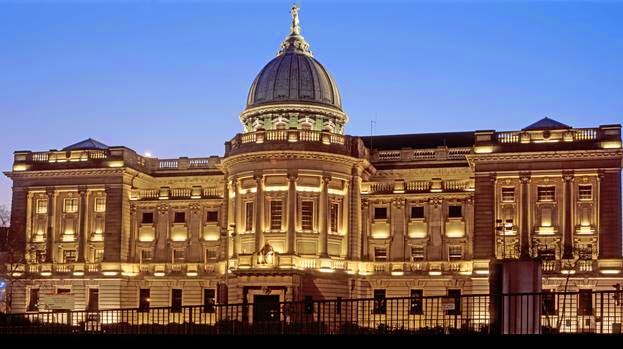 Competitions and reviews and other stuff

Scottish Book Trust are running a competition to win a limited edition slipcase set of The Killing Season and The Samaritan - all you need to do is click here and tell them what your favourite crime book is (no extra points for it being one of mine). 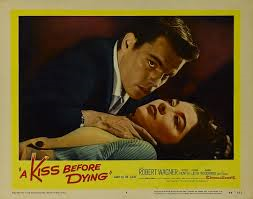 As part of the competition, they also asked me to pick my top six forgotten crime classics, although weirdly only five are showing at the moment (number 6 is Geoffrey Household's awesome Rogue Male, if you're interested). I feel like I cheated a little including A Kiss Before Dying as it's not exactly forgotten, but it's much less well-known than it deserves to be. You'll need to go to the article to find out the rest of my picks.

Speaking of giveaways, there's still lots of time to enter to win a copy of The Killing Season on audiobook, and (not quite a giveaway, but damn near), the ebook is currently on sale at only £1.99 on Amazon.co.uk and Sainsburys in the UK.

Couple of nice reviews around the US hardcover and ahead of the UK paperback release. Book Addict Shaun gave it 4.5 out of 5 and said:

The Killing Season was an exhilarating roller coaster ride of a read and when I finished it I wanted to read it all over again. Brutally fast-paced and brilliantly addictive, I can't recommend this book enough.

Kingdom Books in Vermont liked the way Killing Season operated in the same field as Jack Reacher while changing the pattern somewhat, and said:

Cross provides plot twists that raise the ante, as well as the suspense. Hard to believe this one's a debut; I'll be watching for more of his books.

Simon McDonald thought it was a solid thriller and that:

While there’s nothing innovative on display, The Killing Season is finely crafted with a confidence that rarely radiates from debuts. It’s soundly constructed, and moves quickly, with plenty of action, and a deep-lying conspiracy that propels the novel above the genre’s riff-raff.


Whew, seems like there's a lot to catch up on.

Fiona at Author Interviews gives yours truly the third degree about who I am and how I came to be.

I've confirmed a few more events and will be announcing them as soon as I can, so check the events page next time you drop by.

I've been busy over at the Murder Room, with the latest of my and Steve Cavanagh's Bosch reviews, as well as blogs on three movie-inspiring noir classics: The Maltese Falcon, Cape Fear and Psycho.

And speaking of Steve Cavanagh, his debut novel The Defence is finally out - it starts with a head in a bag, a kidnapping, and a bomb strapped to the hero and gets more exciting from there. It's awesome, go buy it.
Posted by Mason Cross at 13:12 No comments:


I don't speak much German, but it's a country I've always wanted to visit. Maybe I'll get the chance if I pick up some readers in what I'm told is one of the biggest European thriller markets. 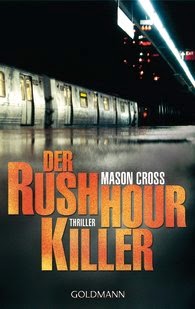 You can buy from Amazon.de here - ich hoffe, es gefällt euch!
Posted by Mason Cross at 00:00 No comments: 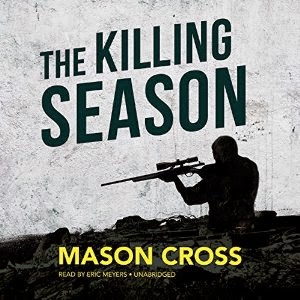 I have two copies to give away of the excellent audio version of The Killing Season. It's unabridged on 10 CDs, read by Eric Meyers. I'm a big fan of audiobooks, and I was really pleased with how well this one captures the book.

I've experimented with Goodreads giveaways before, but unfortunately Goodreads doesn't yet allow you to give away audiobooks. So I'm holding this giveaway right here on the blog.

To make it extra easy, there's no fiendishly tough question to answer. All you have to do to be in with a chance of winning is comment on this post with the title of your favourite thriller, before midnight (GMT) on Tuesday 31st March.

Winners will be selected randomly, and will be announced on Wednesday 1st April. The chosen ones can then email me their details to let me know where to post the prize (at no cost to the winner).

This is open to anyone, anywhere in the world - all you have to do is comment.

(And if you can't wait until the end of the month, you can still get the ebook in the UK for only £1.99 from Amazon and Sainsburys right now.)
Posted by Mason Cross at 16:27 9 comments:

ebook promotion and some other things...

Sainsburys is including The Killing Season in its Spring Reads ebook deal, meaning that for a limited time, you can download it for only £1.99 - lots of other great books in this promotion too, so go look for a bargain!

It also looks like Amazon is matching the deal, at least in the UK. Ebook promotions seem to be a good way of reaching more readers and generating some (hopefully nice) reviews, so it's good timing ahead of the mass market paperback release in April and The Samaritan in May.

My event at Cambuslang Library last week went really well, and I'll be announcing some more events in the very near future - watch this space!

Book Addict Shaun posted a fantastic review over at his blog, saying lots of very flattering things, including:
The Killing Season was an exhilarating roller coaster ride of a read and when I finished it I wanted to read it all over again. Brutally fast-paced and brilliantly addictive, I can't recommend this book enough if there's still people out there yet to discover Mason Cross.

And, speaking of blogs, I have a couple of new pieces up on The Murder Room: the latest Bosch episode review, and my two cents on one of the greatest mystery novels of all time: The Maltese Falcon.