The Time to Kill - cover reveal

So The Time to Kill has a new cover.

Much as I liked the previous version, I think this one is the best jacket I've had to date. What do you think? 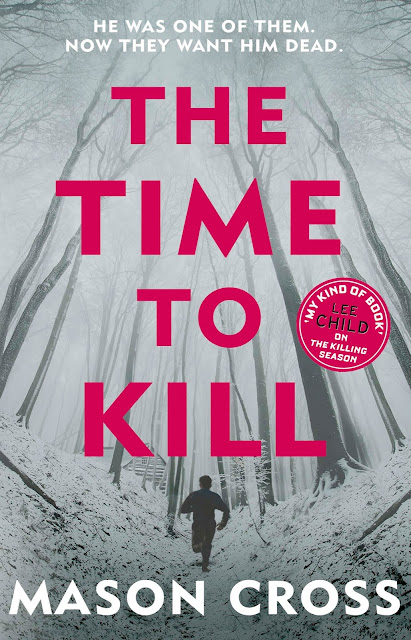 It's not long until publication day now - The Time to Kill is published on 30 June in the UK, and you can preorder right now from all good book emporia:

They brokered a deal at the time: he'd keep quiet about what they were doing, and in return he'd be left alone. But news that one of Blake's old allies, a man who agreed the same deal, is dead means only one thing - something has changed and Winterlong is coming for him. Emma Faraday, newly appointed head of the secret unit, is determined to tie up loose ends. And Blake is a very loose end. He's been evading them for years, but finally they've picked up his trace.

Blake may be the best there is at tracking down people who don't want to be found, but Winterlong taught him everything he knows.

If there's anyone who can find him - and kill him - it's them. It's time for Carter Blake to up his game. High-stakes action, blistering tension and a deadly game of cat and mouse, THE TIME TO KILL is the must-read new thriller from Mason Cross.

Email ThisBlogThis!Share to TwitterShare to FacebookShare to Pinterest
Labels: cover, Orion, The Time to Kill

I've just received a big box of the brand new Harlequin Worldwide Mystery book club edition of The Killing Season. No matter how often it happens, I still get a huge kick out of receiving a shipment of books with my name on it. 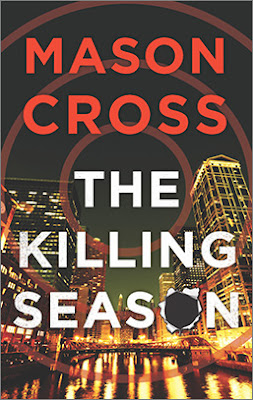 Subscription book clubs of this kind seem to be pretty much extinct in the UK, but I'm pleased to see they're alive and well across the pond. It's a great way to reach a lot of new readers.

If you haven't read Killing Season yet, this is a great opportunity to jump on board with the first Carter Blake book - you can order the new version in paperback here.
Posted by Mason Cross at 11:00 No comments:

Email ThisBlogThis!Share to TwitterShare to FacebookShare to Pinterest
Labels: Harlequin, The Killing Season, US edition

May I count on your vote?

The Richard and Judy Spring Book Club is coming to an end at the end of this month, to make way for eight new titles for summer. It's been a fantastic experience and an honour for me to have The Samaritan selected as one of the titles.

The polling is now open to vote for the winner of the Spring Book Club.

You can vote in literally ten seconds: two clicks and an email address (used for administration, they don't retain your email or spam you).

Obviously I would appreciate any votes for The Samaritan enormously, but all eight of the books are deserving selections.

Voting closes on 28th April - go forth and exercise your democratic right!
Posted by Mason Cross at 10:00 No comments:

Just wanted to share these fantastic doodle art pages by German reader and reviewer Kaisu - how awesome are these?
This one is based on Killing Season (Der Rushhour Killer in German)... 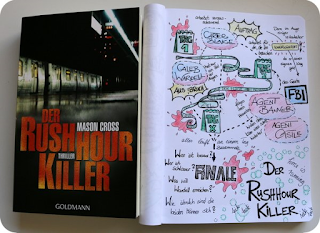 and this is what The Samaritan (Blut Instinkt) inspired... 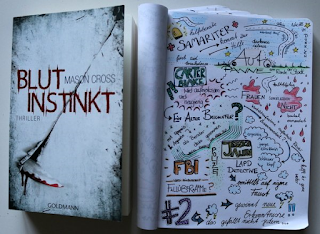 As someone who can barely draw a smiley face, I love stuff like this, and it's such a compliment that someone has translated my books into an extremely cool word art diagram thing.
There are from Kaisu's review blog Life4Books, where you can also read her reviews of Der Rushhour Killer  and Blut Instinkt and see more amazing work like this.