I love audiobooks - I listen while running, doing housework, on trains, basically anytime I can put in my earbuds. It's a great way to reclaim time.

So of course I'm really pleased that my own books are all available in audio, and the latest, What She Saw Last Night is on special this week in the Kobo sale.

It's narrated by the fantastic Carolyn Bonnyman, and UK listeners can get it for only £6.99 this weekend (usually £19.99). 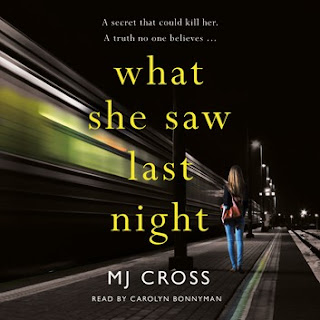 Email ThisBlogThis!Share to TwitterShare to FacebookShare to Pinterest
Labels: Audiobooks, What She Saw Last Night 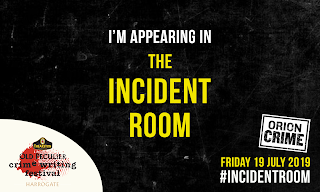 Very pleased to say that I'll be appearing in the Orion Incident Room at Harrogate again this year, this time recording a Two Crime Writers podcast with a Just a Minute twist! I'm pretty good at talking for a minute, but deviation, repetition and hesitation is usually a major feature of my public speaking, so I'll have to do my best to rein it in...

Lots of other cool stuff going on in the Incident Room and at the wider festival (see below). Hope to see you there if you're in Harrogate next weekend.

13:00-13:30: The Wreckage Proof Signing and Giveaway with Robin Morgan-Bentley 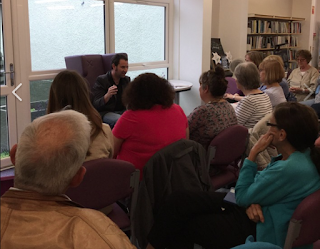 I've just finished a mini-tour of libraries for What She Saw Last Night (also available in all good bookshops, since you asked) and had a brilliant time, visiting eleven libraries at my last count, including Dundee, Strathaven, Saltcoats, East Kilbride, Lanark and lots more.

It was lovely to meet so many people and talk to them about the new book, and it was cool to hear about other people's experiences of taking the sleeper train to London - almost without exception, somebody in every crowd had taken the trip, and had opinions on it.

Everywhere I went, I was struck by how uniformly awesome librarians are, going above and beyond the call of duty to drum up attendance, make posters, do the social media blitz, provide home baking, arrange displays, offer lifts from stations, and even organise cheese and wine at one event. 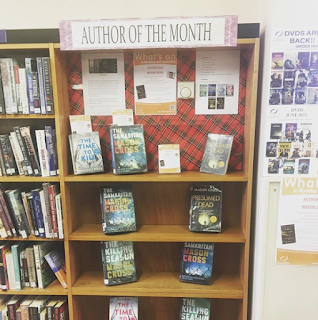 It reminded me of an article I wrote for a newspaper a few years ago about how important libraries are to me, and how vital they are to local communities.

Unfortunately, the piece was spiked when they ran out of room, as is the way, but I dug it out and thought I would post it here for anyone who's interested.

You'll have to imagine your own punning tabloid title, I'm afraid...


"I know a lot of people who say they're writing a novel or a script, but what they're actually doing is sitting in Starbucks with a laptop talking to everyone about writing a novel."

I was part of an audience of several hundred people. Despite that, I had the uneasy feeling that comic book legend Mark Millar was talking specifically about me.

It was October 2008, and I was attending Mark's packed event at the Encounters festival, hosted by North Lanarkshire Libraries. Encounters runs every year. It's a fantastic free festival which brings big name speakers to libraries across North Lanarkshire. People who would never normally consider attending a literary festival can see a Booker Prize winner or a celebrity chef speak at their local library, absolutely free. 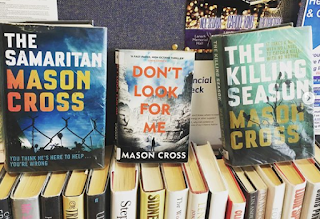 I was working two jobs at the time, and on a tight budget with a young family and an impending wedding, so the free ticket was very welcome. The local libraries were a lifeline to me in other ways. They meant I had access to all the books I could read without having to worry about finding extra money in the budget. Airdrie Library had a particularly good audiobook selection, and I listened to dozens of novels while delivering pizza in the evenings. The libraries also provided a quiet, indoor space to get some writing done.

Only that was the part I wasn't really taking advantage of.

I had wanted to be a writer for as long as I could remember. I had penned a few short stories, submitted some magazine articles, and had even started work on a novel a couple of times. 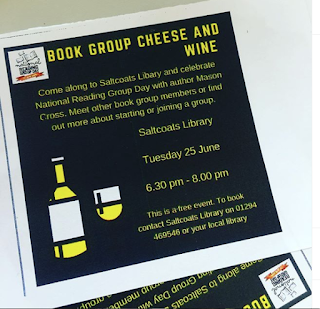 Actually writing a whole book, however, was one of those resolutions that gets renewed in vain every New Year. I wasn't worried, I knew one day soon I would knuckle down and start writing that book.

But sitting in that audience, I suddenly realised I was kidding myself. I was the guy Mark Millar was talking about. The guy sitting in a coffee shop thinking about writing a book without ever actually doing it.

I didn't want to be that guy.

Mark's words really spurred me on. I had an idea for a novel, so I started writing a bit of it every day – 500 words at a time. I began submitting stories to competitions and magazines. Within six months, I had a literary agent. I kept writing. Three years later, I had a book deal.

I don't know if I would be a published author without that gentle kick in the ass from Mark Millar, but I'm almost certain I wouldn't be a writer without libraries. A room full of books that you can take away and read with no restrictions is an amazing concept that we sometimes take for granted – just ask any smart eight-year-old. It's why it's incredibly important that libraries are protected as a public resource, particularly the smaller community libraries that reach people who might not be able to make it to a bigger town. 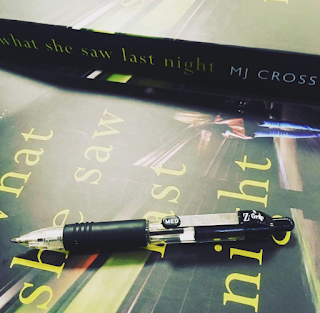 Flash forward seven years to October 2015. I've published two novels and there's another on the way. I've just found out The Samaritan has been selected for the Richard & Judy Book Club. I've been booked for big literary events like the Edinburgh International Book Festival and Bloody Scotland. But I'm just as pleased about my invitation to appear at Airdrie Library to speak as part of Encounters. Back where I started.

I read a chapter from my next novel, talk a little bit about myself and wait for the first question.

"How does it feel to be a proper writer?"

If you'd like me to visit your library, just ask them to get in touch. If your library is located in Scotland, funding for author events is available through the Scottish Book Trust's excellent Live Literature programme. 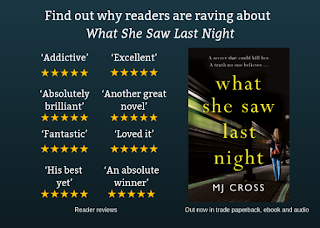 What She Saw Last Night opens with a night train, a dead body, and a missing child. You can read more about it here, and it's available in the UK now: