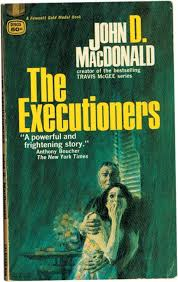 Cape Fear is a compelling study of what happens when the laws and safeguards of civilised society are a hopelessly inadequate response to an existential threat. But much more importantly than that, it’s a brilliantly written, unputdownable thriller.
Posted by Mason Cross at 03:00