Why I wrote What She Saw Last Night

What She Saw Last Night is published in paperback in the UK on 26 November. To whet your appetite, here's a piece I wrote for the Suze Reviews blog earlier this year. 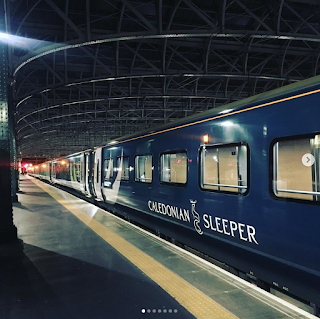 Why I Wrote What She Saw Last Night

I’ve always loved reading and watching thrillers set on trains – from The 39 Steps, Murder on the Orient Express, From Russia With Love, right up to Girl on the Train, there’s something very appealing about a train-set mystery.

I had already dipped my toe in the Train Mystery subgenre with The Time to Kill, part of which takes place aboard the Empire Builder train from Seattle to Chicago, but when I read an article about the planned launch of the new Caledonian Sleeper train, I got the idea for a standalone mystery that opens aboard the train. It opens with a woman discovering a dead body, and realising a young child she saw last night is missing… except that all the evidence says there never was a child.

The Caledonian Sleeper is one of only two sleeper services in the UK, and it connects one of the world’s biggest cities to the sparsely populated and rural Scottish Highlands. We think of Britain as pretty small in comparison to America or mainland Europe, but if you go north and south, there’s a lot of ground to cover. I was sure somebody would have had the idea to set a book on this particular sleeper train before me, but was pleasantly surprised that it didn’t seem to have been done.

That juxtaposition between the bustle of London and the wide open spaces of the Highlands was a big appeal for me. I love both areas. I’m definitely a city guy at heart, so I’m always at home in London, but sometimes it’s nice to be the only person for miles around. The sheer scale of the Highlands, the beauty of the landscape, gives you such a fantastic canvas. It’s similar to why I write about America, that sense of enormous space and isolation.

I had always wanted to travel on a night train, and the book gave me a great excuse to take the trip a few times for research. The people at Caledonian Sleeper were really helpful, answering all of my obscure questions and even giving me a tour of one of the trains. 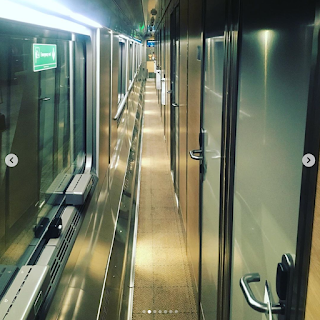 The old sleeper carriages that they’re phasing out date from the 1980s, which means there’s no wifi, no air conditioning, and very importantly, no onboard CCTV cameras. And, of course, the other bonus for a crime writer is when you get far enough north, you lose phone signal too.

I really enjoyed starting with a completely blank slate on this book, and particularly getting to create an entirely new hero. Jenny, the protagonist of What She Saw Last Night, is an interesting character, because she’s not an action hero, nor is she an unbalanced, unreliable narrator. She’s a normal person flung into an extraordinary situation, and has to come up with a way to deal with it. 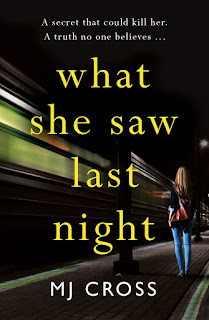 A secret that could kill her.
A truth no one believes...

Jenny Bowen is going home. Boarding the Caledonian Sleeper, all she wants to do is forget about her upcoming divorce and relax on the ten-hour journey through the night.

In her search for her cabin, Jenny helps a panicked woman with a young girl she assumes to be her daughter. Then she finds her compartment and falls straight to sleep.

Waking in the night, Jenny discovers the woman dead in her cabin ... but there's no sign of the little girl. The train company have no record of a child being booked on the train, and CCTV shows the dead woman boarding alone.

The police don't believe Jenny, and soon she tries to put the incident out of her head and tells herself that everyone else is right: she must have imagined the little girl.

But deep down, she knows that isn't the truth.